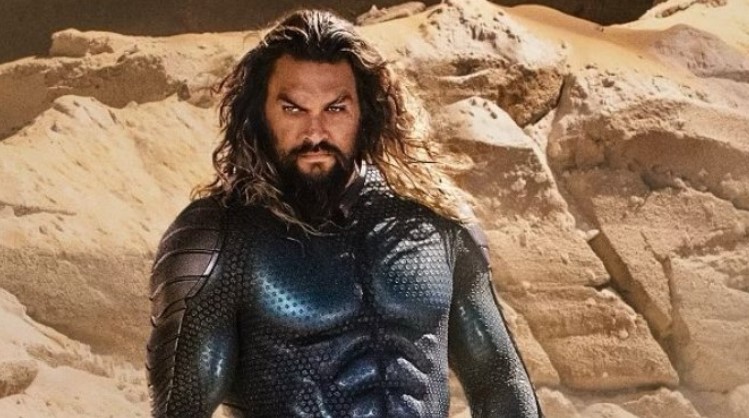 The DCEU train continues to chug along, and next year will see the return of Aquaman to the big screen. Just in, we have our first look at Jason Momoa’s new supersuit in the sequel, Aquaman and the Lost Kingdom.

Director James Wan gives us a look at the returning original suit from the first movie as well as the new suit with has a ‘camouflaging ability’. Here’s the post:

Some fans have pointed out that this suit is actually inspired by a blue outfit that Aquaman sported in the 80s, and though it’s not entirely comic accurate, it’s going to be interesting to see how it actually functions in the final film.

With Aquaman infamously losing his hand in the comics, a lot of fans speculate that it could happen in this sequel. With Arthur Curry sowing the seeds of his rivalry with Black Manta in the first film, it’s possible that this sequel could have Manta taking center stage as the main villain and we’ll watch Yahya Abdul-Mateen II pull a Darth Vader and cut off Aquaman’s hand.

Besides Momoa and Abdul-Mateen, the movie is alsos et to see the return of many other cast members from the first film like Amber Heard, Temuera Morrison, Dolph Lundgren, and even Patrick Wilson. One new cast member that has been announced is Game of Thrones’ Pilou Asbæk, and though we don’t have any clue to who he’ll be playing, it would be interesting to see him as some kind of modern-day pirate.