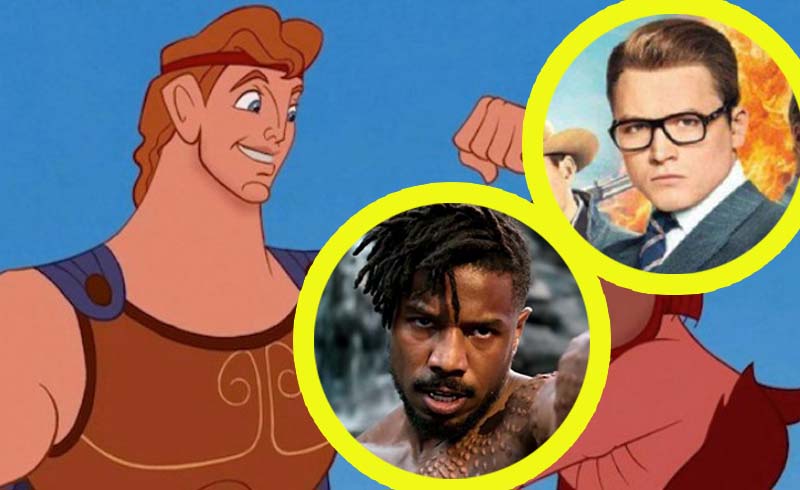 While it looked like the Russo Brothers were done with Marvel with Avengers: Endgame, it looks like they’re still going to be working under the Disney banner with their live-action reboot of Hercules. We don’t have much updates on the movie yet, but it’s possible that Disney may have found someone to play everyone’s favourite ‘Himbo’.

According to The DisInsider (via Geek Vibes Nation), Taron Egerton (Kingsman, Rocketman) and Michael B. Jordan (Black Panther, Creed) are being eyed to star as the titular Hercules in the reboot from the Russo Brothers.

Disney is reportedly interested in Michael B. Jordan and Taron Egerton for the role of Hercules in their live action remake of the Disney classic

Of course, none of this is official, and it’s still possible that we could be seeing other actors considered for the role. Personally, I would have loved to have had Chris Pratt (Guardians of the Galaxy) cast as an adult Herc with Pratt’s Parks and Recreation co-star Aubrey Plaza playing the role of Meg. We already know the two have a great dynamic, but I guess it would be hard not to see April and Andy if the movie ever comes out.

Despite their commercial success, the Disney live-action reboots have not been critical hits, and the studio is yet to find that sweet spot when it comes to these adaptations; some hate it when nothing is changed and everything is too close to the original, and some hate it more when the material strays too far.

With the Russo Brothers adaptation, I’m just hoping they stay true to the core of the source material, and hopefully that will make the reboot work this time around.

No release date has been set for Disney’s live-action reboot of Hercules.