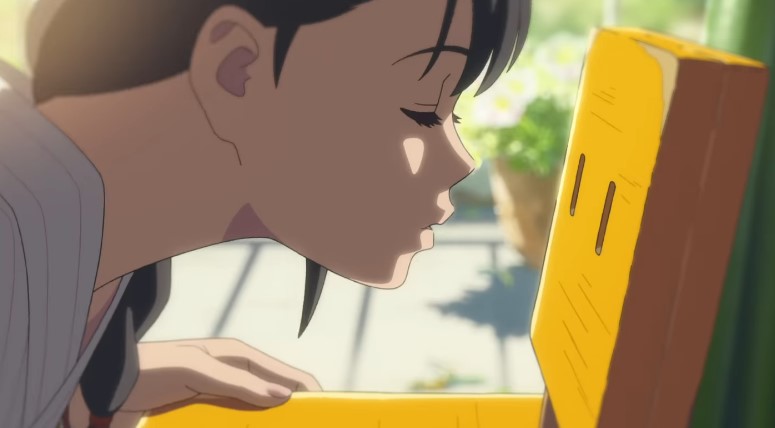 With movies like Your Name and Weathering with You under his belt, Makoto Shinkai has become one of the most celebrated anime directors today. His next movie, Suzume no Tojimari is set to release this November, and though the story has been pretty vague so far, the latest trailer gives us a lot more.

Watch the Suzume no Tojimari trailer down here:

Though the character of Suzume has been at the focus of all the previews for the past few months, this trailer finally confirms that there is a romance being teased… with a literal chair. In this trailer, we’re introduced to the leading man Souta, and though he does have some significant moments as a human, it looks like he’s going to be spending a good chunk of the movie as a chair.

I’ll admit, I was already expecting some kind of regular fantasy film with Shinkai on the helm, but I didn’t expect this weird Toy Story-esque twist where the leading man is turned into something that doesn’t even resemble any kind of living thing. That being said, it’s a pretty wild concept, and I can’t wait to see it all come to life onscreen.

Suzume, a 17-year-old girl who lives in a quiet town in Kyushu, meets a young man on a journey “looking for doors.” Suzume follows him to a ruin to a dilapidated building in the mountains and finds a free-standing, undisturbed door t as if “it” alone were saved from devastation. Suzume feels drawn by an invisible power and reaches out to the door – Soon, doors all over Japan start opening one after another. The doors that opened must be closed to shut out calamity that lies on the other side. -Stars, sunset, and the morning sky. The places she wanders into have a sky where all hours of the day seem to blend together- Beckoned by the mysterious doors, Suzume’s “journey of closing doors” begins.

Suzume no Tojimari (or Suzume’s Locking Up) is set to open in Japanese theaters on Nov. 11. A US release could come out sometime in 2023.