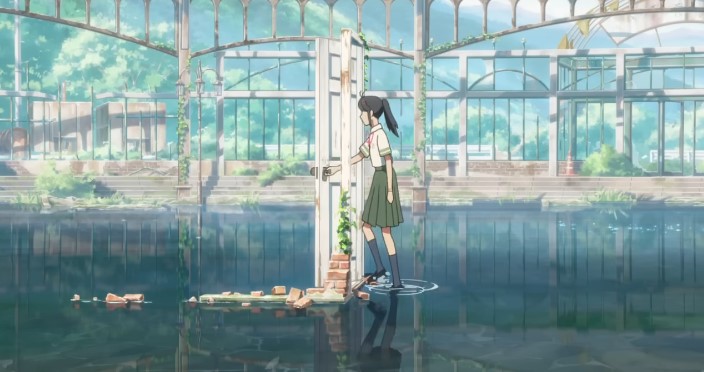 Makoto Shinkai has become one of the must-watch anime directors today, and his next movie, Suzume no Tojimari is set to release in Japan later this year.

Just in, we have a new trailer for Suzume no Tojimari, and it promises a whole lot of dazzling visuals and a heartwarming story that Shinkai has been known to deliver. Watch this:

Here’s a rough translation of the official press release:

The story begins when Suzume, a 17 years old girl living in a quiet town in Kyushu, ends up meeting a traveling young man claiming he’s “looking for a door”. Following him, they find in the mountains a single door standing among ruins. As if drawn to it, Suzume reaches toward the door… Before long the door leads Suzume to various parts of Japan. Disaster will come from the other side of the opened door, which now must be closed. Lost between the stars, dusk, and the morning sky as if time itself melted. Suzume’s door closing journey begins.

Just like with Shinkai’s previous films like Your Name and Weathering with You, I’m sure Suzume has some convoluted fantasy lore that the protagonist has to jump through. I guess it’s become a staple for Shinkai’s work, but each film manages to shine with likeable characters and visuals that can’t help but capture viewers.

Hopefully we get a new trailer soon with subtitles.

Suzume no Tojimari (or Suzume’s Locking Up) is set to open in Japanese theaters on Nov. 11. No release date has been revealed for a US release.