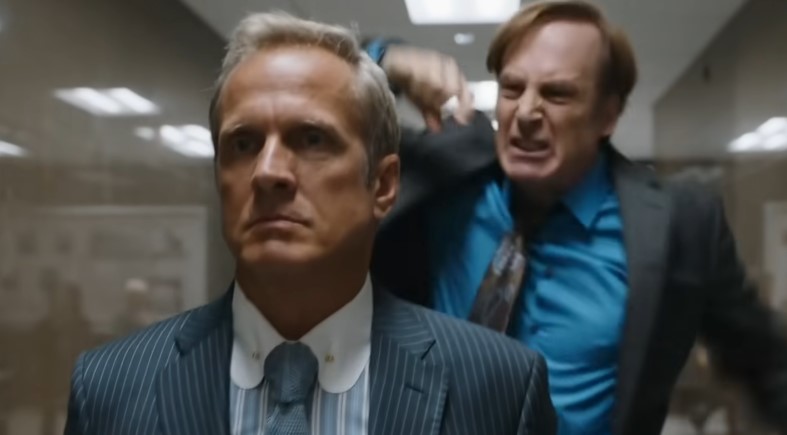 The last episode of Better Call Saul had Kim and Jimmy visiting Howard Hamlin’s funeral, but some fans had noticed a funny detail about the photos used for the scene.

As it turns out, the photos used for the funeral of Howard Hamlin came from actor Patrick Fabian’s actual Instagram account:

Besides it being hilarious that those are actual photos from Fabian’s personal life, the imagery actually tracks pretty well for a character like Howard who would probably go cycling or scuba-diving.

For now, it looks like this will be the last we see of Howard when it comes to the life of Jimmy, after unwittingly becoming the big death of the first part of the season, his murder has become a major catalyst in the fates of Jimmy McGill and Kim Wexler.

We don’t know where the series plans to move forward with eight epsiodes left. For now, it seems that all the pieces have been set up to finally bring s to the Breaking Bad timeline, and it’s possible we’ll now be following Saul Goodman during his time as Heisenberg’s ‘Tom Hagen.’

Of course, we still don’t know where Kim is in the main timeline, and it’s possible that we could be spending a good amount of the final episodes just watching Jimmy find himself, then maybe reunite with Kim years later.

Then again, that’s just wishful thinking on my part. I wouldn’t put it past Vince Gilligan and Peter Gould to have some more shocking scenes and possibly tragic endings up their sleeve.