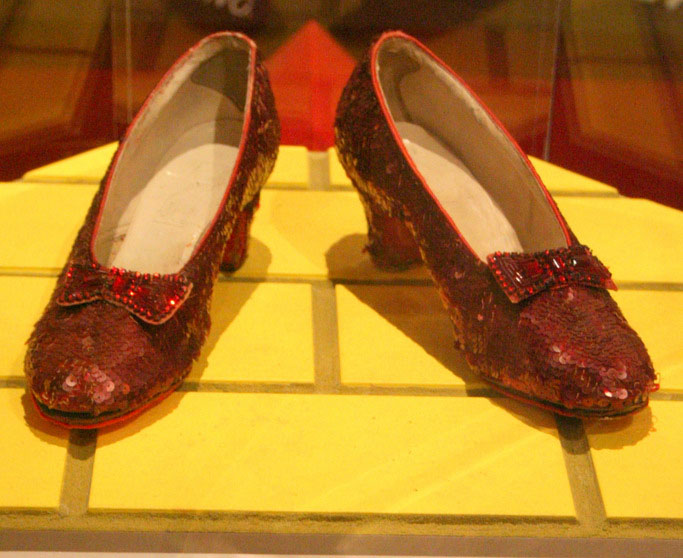 The Wizard of Oz is one of the most iconic movies of all time. Arguably, the film is almost synonymous to Dorothy and her ruby slippers. Only four pairs of ruby slippers were made for this movie. Unsurprisingly, fans of the film have been in mild duress for over a decade after one pair was stolen.

Thankfully, there is good news after thirteen whole years. The FBI has recently recovered the stolen pair – much to the anticipation and delight of longtime cult followers.

One of the four pairs of ruby slippers was stolen from the Judy Garland Museum in Grand Rapids, Minnesota in August 2005. It took authorities several years to find a tip that is worthy of following.

The FBI received an interesting tip a year ago in 2017. The company that insured the slippers was approached by an individual who was offering information regarding the whereabouts of the artifact. After a few exchanges, it was apparent that this anonymous caller was expecting the owners to compensate him for the information.

Special Agent Christopher Dudley is amongst the valiant few who investigated the case. He explains that at the moment the taskforce is currently working hard to identify the individuals involved in stealing the slipper and trying to extort its owners:

“From the outset our top priority was the safe recovery of the slippers. we are still working to ensure that we have identified all parties involved in both the initial theft and the more recent extortion attempt for their return. This is very much an active investigation” explained Dudley as reported by Movie Web.

Dudley explains that he is well-aware of how important their recovery was. The slippers were as iconic as the movie and a lot of people have associated to fond memories:

“Recovering a cultural item of this importance is significant. So many people of all ages around the world have seen The Wizard of Oz and in that way have some connection to the slippers. That’s one of the things that make this case resonate with so many.”

In his statement, Dudley urged the public to reach out to the FBI if they have any information regarding the perpetrators of this crime. Any information would be valuable:

“There are certainly people out there who have additional knowledge regarding both the theft and the individuals responsible for concealing the slippers all these years. We are asking that you come forward” urged Dudley.

The production of The Wizard of Oz created four pairs of ruby slippers for the movie. Each of these pairs are covered with over 2,000 pieces of sequins. Despite being iconic, L. Baums novel, The Wonderful Wizard of Oz – the book the movie was based form, had Dorothy wearing silver shoes NOT ruby slippers.

A pair of these film memorabilia once belonged to Debbie Reynolds – daughter of Dorothy herself, Judy Garland. However, the pair that Reynolds owned never made it to the big screen. In 2011, the slippers were sold at an auction for a whopping half a million dollars.