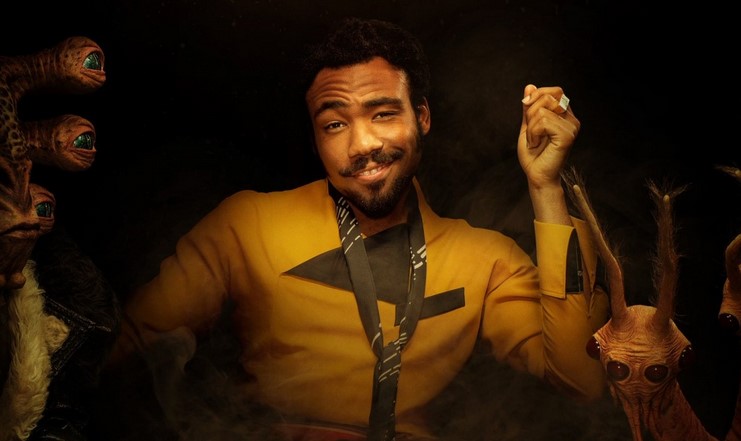 There have been rumblings going around that Lucasfilm head Kathleen Kennedy had just confirmed that a movie focused on Lando Calrissian is in the works. Apparently reporters simply mistranslated the quote. It looks like a Lando movie is not coming any time soon.

Here’s the original quote that was translated from Kennedy’s interview with French magazine Premiere:

“We think that the next spinoff will be dedicated to Lando Calrissian. Of course, there are still many stories to tell about Han and Chewbacca but Lando will be next.”

Lucasfilm then went on to clarify the quote, with Kennedy’s statement being closer to:

“We would love to tell a story about Lando Calrissian one day, but it’s not relevant, it would be fun to tell the story of Han and Chewie …”

Judging by the initial reactions to Solo: A Star Wars Story, Donald Glover has been getting a lot of praise as Lando, and it would make sense that Lucasfilm might want to bank on that popularity. However, a film focused on Lando Calrissian seems like a misplaced priority. Lucasfilm already has too many projects on hand. Right now, a lot of fans are waiting for Lucasfilm to officially announce a Kenobi movie.

Will we get a Lando movie? It’s possible, but I don’t see it coming out anytime soon. With Alden Ehrenreich signed on to play Han for three movies, I think the same could go for Glover as Lando.

Catch young Lando in Solo: A Star Wars Story when it premieres May 25.