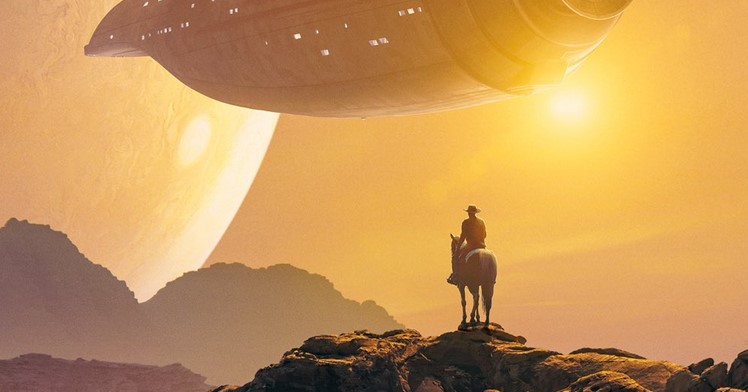 After a successful debut in Star Trek: Discovery, Anson Mount is set to lead his own Trek series aboard the USS Enterprise in Star Trek: Strange New Worlds. The series is set to come out in May, and we have a new poster to get us hyped for the release.

This was shared by Mount himself:

Just like the title suggests, we should expect Strange New Worlds to follow the format of the original series, in which we have a new planet and new story with every episode. While we should expect some kind of serialization with these modern shows, an anthology-type format would make the series easier to get into for anyone who is unfamiliar with the series.

Besides Mount’s Captain Pike, the show will also include Ethan Peck as Spock, Rebecca Romijin as Number One, and Celia Rose Gooding as a young Cadet Uhura. Christina Chong has also been cast as La’an  Noonien-Singh, a possible descendant of one of Captain Kirk’s fiercest villains—Kahn Noonien-Singh.

Though it’s admittedly taking a while for Trek to come back to the big screen, the franchise has seen a new renaissance when it comes to television. Besides Discovery, we have spinoffs like Picard, Lower Decks, and Prodigy. We don’t know yet how Strange New Worlds will manage to set itself apart, but it’s great to see more variety when it comes to the officers at Starfleet.

Catch Star Trek: Strange New Worlds when it premieres on Paramount+ on May 5.