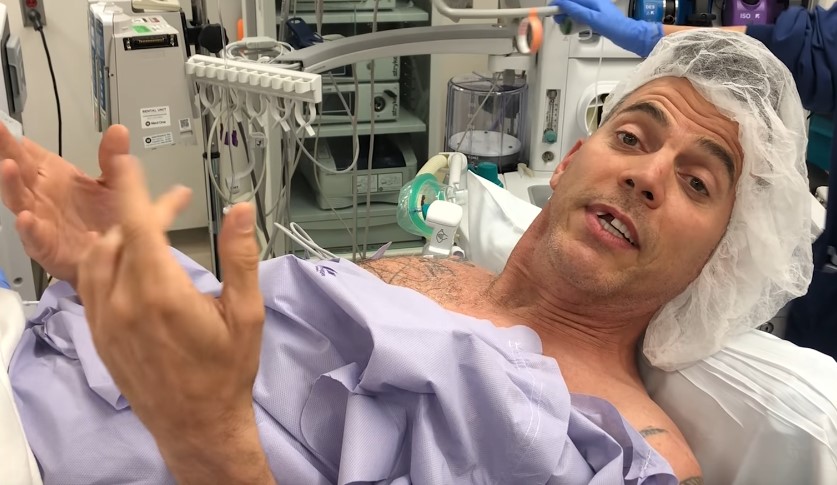 Jackass Forever is set to premiere by the end of the week, and fans are getting bittersweet feelings about watching the crew put themselves in danger once again. Speaking of danger, one of Jackass’ resident daredevils Steve-O has come out with a  video, enumerating his most serious injuries doing the Jackass films.

While fans have watched Steve-O do some gnarly things in the past films, he recounts that this upcoming film is probably the most scared he’s been doing stunts because his (and everyone else’s) body has become more vulnerable with age.

Steve-O shares, “[It] takes less for our bones to break and it also takes less to knock us completely unconscious—and longer for us to wake up too.”

Apparently Steve-O had broken his collar bone and he had to get surgery to get some metal plates added to his shoulder. Though the injury sounds serious, we do get a fun clip of Steve-O “fighting the anesthesia” as he’s put under for the surgery.

With the Jackass guys at middle age, fans are hoping that this will be the last time they ever put themselves in danger for our entertainment. Though the stunts are crazy, the winning formula of Jackass has always been the camaraderie between the crew, and it’s exciting to see them reunite for one last time.

Celebrate the joy of a perfectly executed shot to the groin as Johnny Knoxville, Steve-O and the rest of the gang return for another round of hilarious, wildly absurd and often dangerous displays of stunts and comedy.