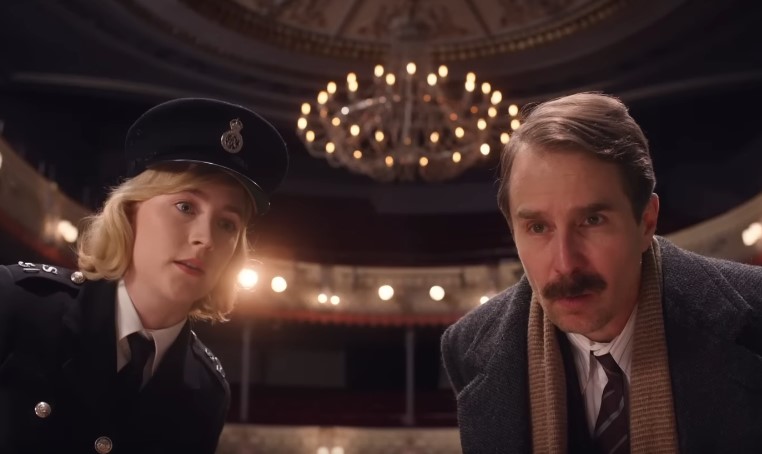 Everyone may be excited for Rian Johnson’s Knives Out sequel Glass Onion, but Searchlight has another whodunit mystery that they want to release this September.

Have a first look at See How They Run starring Sam Rockwell and Saoirse Ronan:

In the West End of 1950s London, plans for a movie version of a smash-hit play come to an abrupt halt after the film’s Hollywood director is murdered. When world-weary Inspector Stoppard (Sam Rockwell) and eager rookie Constable Stalker (Saoirse Ronan) take on the case, the two find themselves thrown into a puzzling whodunit within the glamorously sordid theatre underground, investigating the mysterious homicide at their own peril.

At the helm of the movie is also Tom George, and this looks to be his first feature film. Though he’s had a lot of experience when it comes to television, I am excited to see what kind of tone he has for the film. With the setting based on the theater scene and the inclusion of Brody, it does feel like a Wes Anderson film, but the comedic tone and whodunit nature of the story kind of reminds you of Rian Johnson’s past work. That being said, I’m sure George will be able to find his own original tone when it comes to this movie.

See How They Run comes to theaters on Sept. 9.