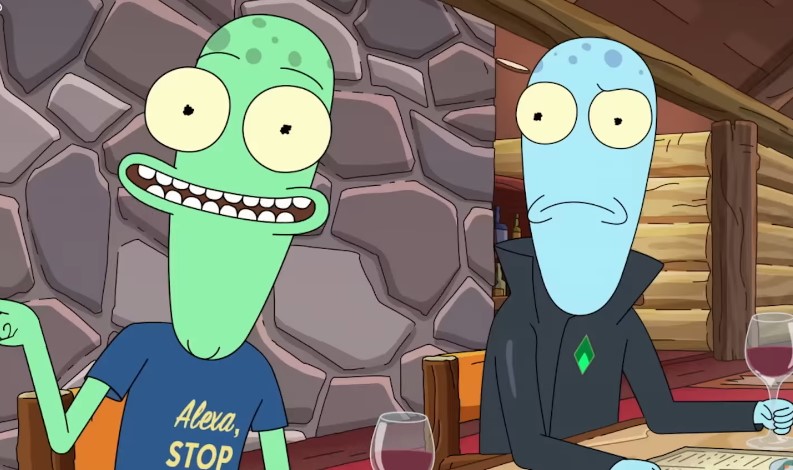 We don’t know when Rick and Morty could be coming back to Adult Swim, but you can check out probably the closest thing to it with Hulu’s Solar Opposites. The series is set to premiere with its third season, and we have a new trailer showcasing the alien family’s sci-fi hijinks.

Check the new trailer for Solar Opposites season 3 out:

A family of aliens crash lands on Earth after their utopic home planet, Schlorp, is destroyed by an asteroid. While they were hoping to find an uninhabited world to repopulate, they must now learn to live among humans on our overpopulated planet and are divided on whether they love or hate their new life.

The series admittedly doesn’t have the same kind of meta storytelling that Rick and Morty is known for, but it does have that signature Justin Roiland humor and the art could pretty much exist in the same realm as Roiland’s more popular series.

With no premiere date for Rick and Morty 6 yet, this series should give audiences their raunchy sci-fi cartoon kick. Who knows, maybe when the series is done, we’ll finally get that announcement for the next season of Rick and Morty; after all, Roiland would think it best not to have both of his series fighting for attention in the spotlight.

That being said, Solar Opposites is still a pretty fun ride, and the characters all bounce off each other pretty well. Too bad it’s also outed Roiland for only being able to do two kinds of voices: His squeal-y voice (Morty, Lemongrab, Blendin Blandin) and his gruff voice (Rick, Korvo).