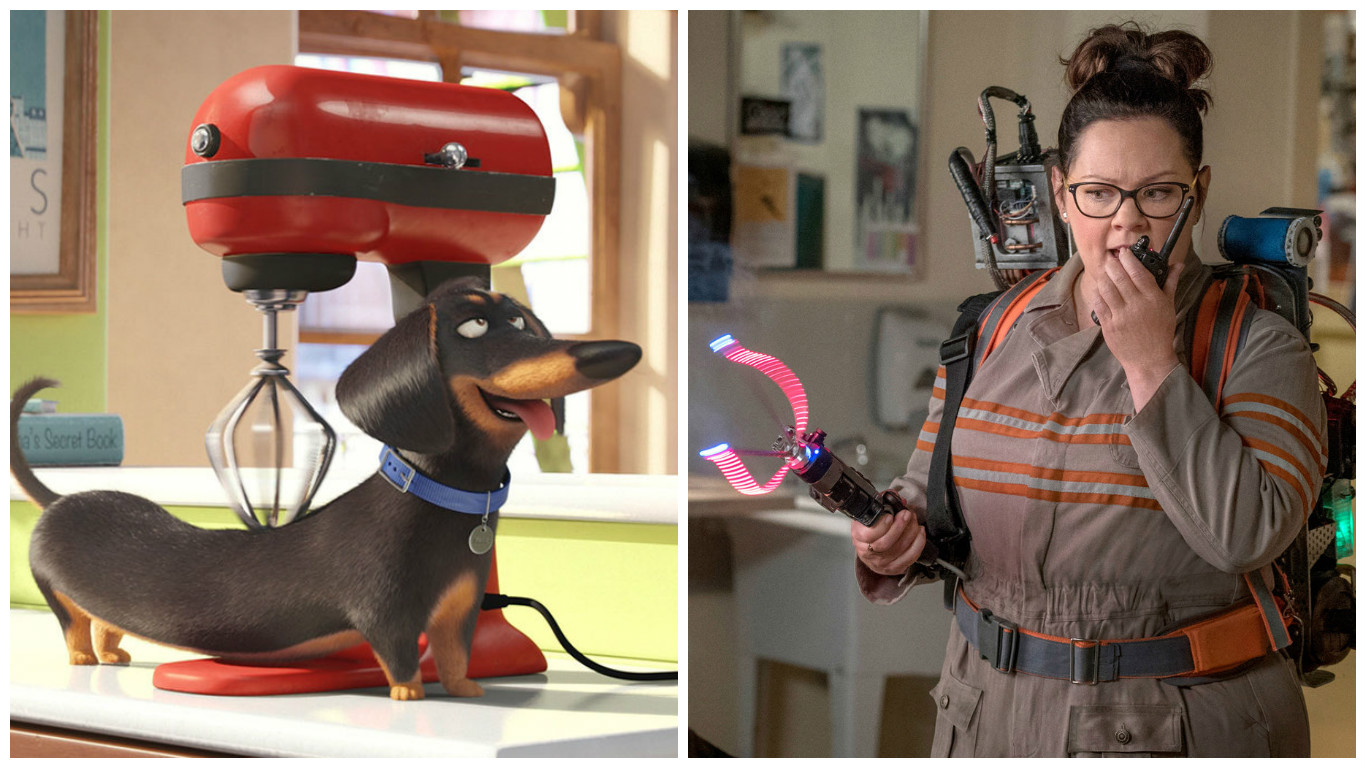 It was a fight to the finish this weekend as the Ghostbusters remake contended with the overperforming Secret Life of Pets, while both films ended up earning big dollars from moviegoers.

The Secret Life of Pets managed to hold onto the number one position over the weekend, earning a fantastic $50.5 million to bring its impressive total to $203m.  This breakout success for Universal Pictures is holding its own against the juggernaut that is Finding Dory, and should crack $300 million before the end of its run, becoming the third animated film to do so this year.

Paul Feig’s anticipated/allegedly-not-anticipated Ghostbusters finally hit theaters. Guess what? It earned good reviews from critics and scored well with audiences.  Even I marginally enjoyed it.  The paranormal comedy remake of the 1984 Ivan Reitman classic grossed a sturdy $46 million this weekend. For a $144m production shaking up the formula of the original film, this is a win for Melissa McCarthy and her leading ladies.  However, it will need to have considerable declines in the next few weekends to justify its budget.  The film also earned an additional $19.1m overseas for a worldwide total of $65.1m.

For the talent involved, this is the largest opening weekend for McCarthy and Feig in their fourth collaboration together, after Bridesmaids, The Heat, and Spy — all of which earned between $26m and $39m in their first three days.  With a larger brand and a tamer PG-13 rating, Ghostbusters was easily able to top those films.  Polled audiences gave the film a good ‘B+’ Cinemascore, while audiences under 25 gave it an ‘A-.’

In third place, The Legend of Tarzan continues to swing for dollars and hold its own against some major competition.  Dropping another reasonable 47% from last weekend, the film earned $11.1 million for a $103m cumulative and $193m worldwide.  The adventure franchise-attempt is still on pace to finish around $130m, with hopefully more to come from international territories to offset its $180m budget.

Finding Dory is still pulling in impressive numbers, but is clearly swimming against the current that is Secret Life of Pets.  The Pixar sequel earned another $11 million this weekend for a running total of $445m domestically and $721m worldwide.  It has now topped Shrek 2 to become the highest grossing animated film of all time in the U.S.

Mike and Dave Need Wedding Dates dropped 55% to number five and earned $7.5 million this weekend for a $31.3m total thus far.  This is one of Zac Efron’s higher-grossing star vehicles outside of Neighbors.  The raunchy comedy looks to reach around $45m.

In sixth place, The Purge: Election Year is doing the strongest business of the trilogy, dropping 51% for an additional $6 million this weekend.  The film has earned an alarmingly solid $71m, and will pass the $71.9m total of its predecessor in the next few days with more still to come in its quest to top $80m.  The film is also closing in on $150m worldwide, which is a huge profit for Universal Pictures against the film’s $10m price tag.

Central Intelligence is officially a sleeper hit this summer.  The film opened to a solid $35 million five weekends ago, only to hang around and show some serious staying power.  The action-comedy banked another $5.3m for a $117m total.  The film is now on course to earn $130m.  The film has earned a worldwide total of $180m against a $50m budget. 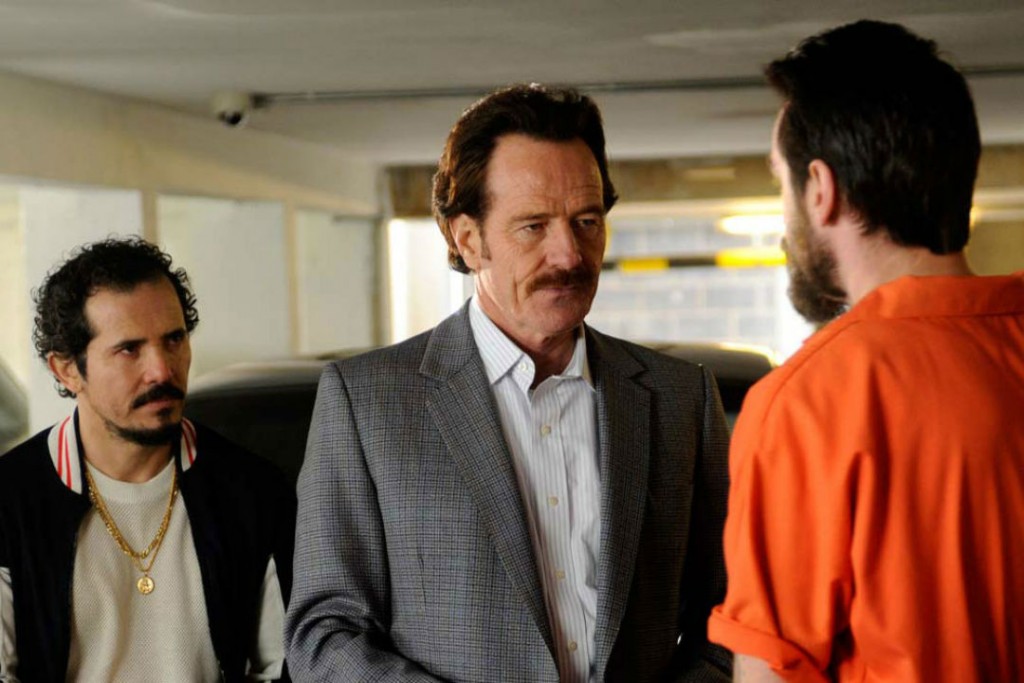 The crime-thriller The Infiltrator starring Bryan Cranston (Breaking Bad) opened in eighth place with a meager $5.2 million for a $6.75m total since Wednesday.  While big business wasn’t expected for this particular film, the production was a bit pricey for Broad Green Pictures at $47.5m.  The opening gross suggests a final gross around $15m, which would be a major loss.  Reviews were decent and audiences awarded it an ‘A-.’

Steven Spielberg’s The BFG continues to fade fast, dropping another harsh 52% from last weekend for a gross of $3.7 million, bringing its total to $47.3m.  The family feature has so far earned only $64.4m worldwide against a $140m budget.  If international grosses do not pick up in a major way, this will be one of the larger financial failures for Disney, in an otherwise fantastic year for the studio.

In tenth place, the embarrassing performance of Independence Day: Resurgence continues.  The tentpole sequel fell nearly 56% in its fourth weekend, earning $3.4 million for a $98.5m total.  It should top out under $110m, which amounts to just over 1/3 of its predecessor’s gross, and less than 1/5 of the tickets sold for the first film 20 years ago.

Launching into theaters next weekend is the sequel Star Trek Beyond, which is already earning some fantastic early reviews.  Also opening is Lights Out, the horror film from producer James Wan (The Conjuring films), which is also earning very good marks from critics.  Finally, the fifth installment of the prehistoric franchise, Ice Age: Collision Course, will try to justify its existence over what should be a very busy weekend at the box office.  Be sure to check back!