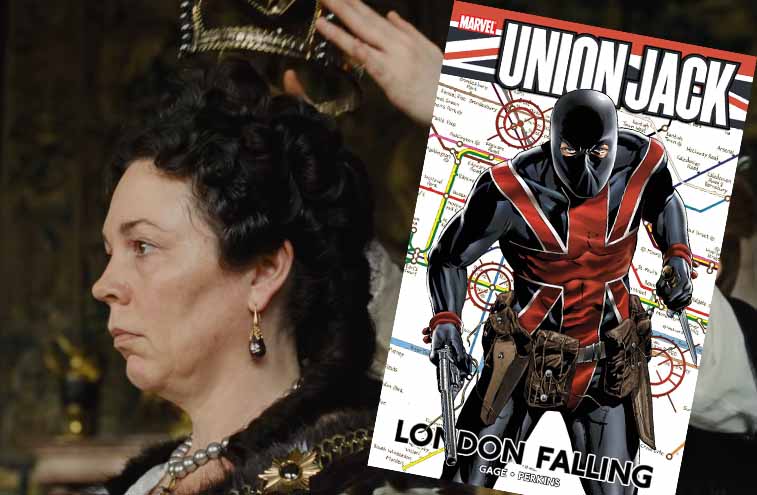 Every Marvel expansion has found ways to introduce the most obscure heroes from Guardians of the Galaxy to Moon Knight. With Secret Invasion as one of the incoming Disney+ series, a rumor is going around that Olivia Coleman could be playing a classic Captain America ally.

As reported by The Illuminerdi, Olivia Coleman is said to be playing a character named “Falsworth” who in the comics is multiple alter egos of Union Jack. While some speculate that Coleman could be a retired UJ, I have a feeling that she could just be the daughter or relative of the original Union Jack.

Though he didn’t get to suit up in his comic-accurate costume, James Falsworth did appear in Captain America: The First Avenger as a member of Steve Rogers’ Howling Commandos. My guess is Coleman could be playing Falsworth’s daughter, and she, pretty much like Captain America’s other allies, ended up working for SHIELD.

Then again, that’s just speculation on my part. Knowing the MCU, it’s possible they just put a talented actress like Coleman in some kind of forgettable government/agency role, but if the paycheck is going to be solid, I wouldn’t blame Coleman for wanting to jump in on the Marvel train.

No specific release date has been set for Secret Invasion yet, but the series is expected to debut on Disney+ sometime in the spring of 2023. In the meantime, fans can watch out for She-Hulk: Attorney at Law which hits streaming on Aug. 17.