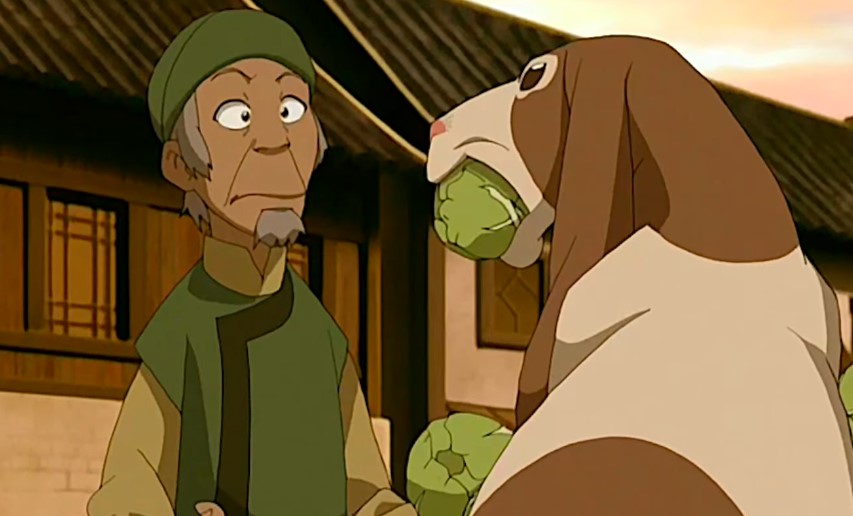 If you’ve watched Avatar: The Last Airbender, you’ll know there’s a recurring gag in the show about a cabbage merchant who keeps getting his produce destroyed by Team Avatar. What’s funny is, the character is going to be showing up in the live-action adaptation as well, and he’s going to be played by the same voice actor.

According to Avatar News, James Sie, who was the original voice of the cabbage merchant in Last Airbender, will also be reprising the role in live-action for the Netflix series:

The cabbage merchant’s most prominent role was the gang’s first visit to Omashu, but he has since become a recurring part, somehow always ending up where Aang is—usually right in the path of destruction.

Even The Legend of Korra updates on the family of the cabbage merchant, when a certain “Cabbage Corp.” was shut down:

We don’t know if the cabbage merchant will be showing up for the majority of the show, but it would be fun if he could act as some kind of Stan Lee cameo—appearing in all three books of the series; if Netflix picks up the show that is.

With production for ATLA live-action wrapping a month ago, it could be a matter of time before we get our first teaser. I suspect we could get something near the end of the year, but who knows? We’ll just have to wait and see.

No release date has been set for the live-action Avatar: The Last Airbender yet, but hopefully we can get a release sometime in 2023.