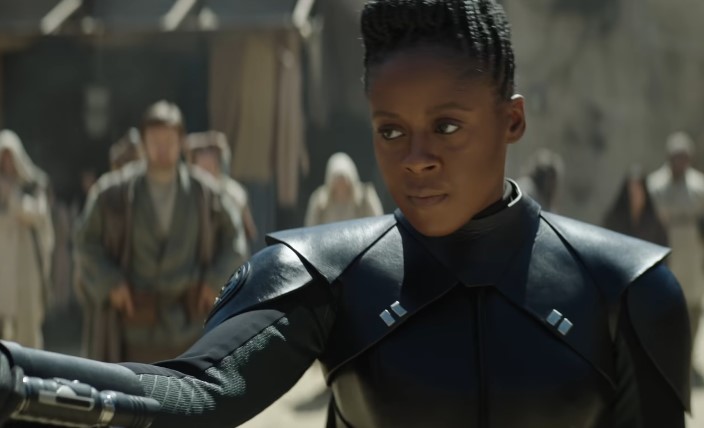 Moses Ingram was one of the major players in Disney+’s Obi-Wan Kenobi, and though we don’t have an update on a second season, word has it that Ingram has found herself attached to another Disney IP.

According to insider Daniel Richtman (via @MarvelCrave), Ingram is currently in talks to join the MCU. No details have been revealed if this is for a film or for a television series, but a lot of fans are already guessing that she’s been chosen to be Marvel’s new Ororo Monroe a.k.a. Storm. They’re even going so far as to speculate that she’ll be introduced in Black Panther: Wakanda Forever.

With Professor X in Doctor Strange 2 and the confirmation that Kamala Khan is a mutant in Ms. Marvel, seeds have been planted for the introduction of mutants to the world of the MCU. We don’t know how Marvel Studios will tackle their arrival, but it would be great if they managed to embrace their struggle in the comics—what with the regular people fearing them and the X-Men having to prove that both species can co-exist.

I have to admit, it’s going to be tricky trying to introduce the mutants into the MCU, seeing that they’ve mostly been absent from the series’ run, but I guess this could give the writers an opportunity to really have the world treat the mutants like a threat that they’ve never seen before. I guess the hard part will have to be altering Magneto and Professor X’s origin. At this point, Erik Lehnsherr would be too old to be a Holocaust survivor in the 2020s. Some have pitched to rewrite Magneto as an African-American who experienced racism in his youth, but I guess there are multiple other ways to approach it.

Going back to Ingram though, we don’t know if she’ll debut in the MCU soon, but you can catch her in Obi-Wan Kenobi now streaming on Disney+.