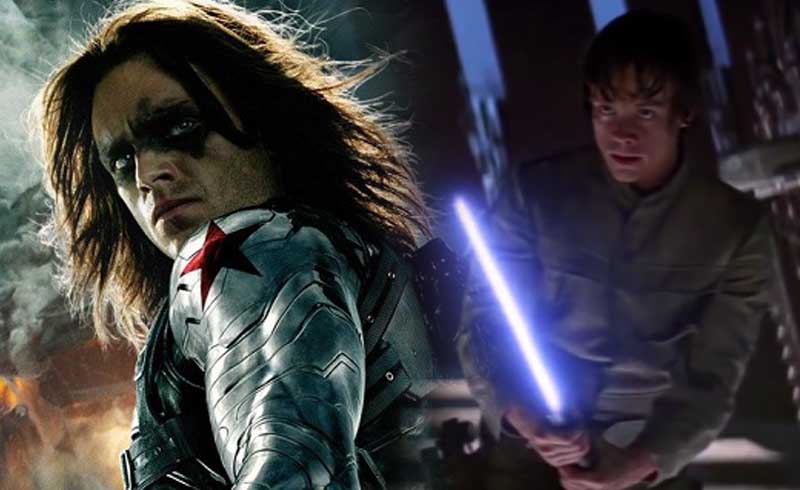 While Sebastian Stan makes for one great Winter Soldier in the MCU, there has been a big fan push for him to play a younger Luke Skywalker in Star Wars. This has been brought up to Stan during an interview with Good Morning America, and he reveals his conditions if he’s going to take over the character.

When asked by GMA about taking on the Luke Skywalker role, Stan replied, “If Mark Hamill calls me personally to tell me that he feels inclined to share this role with me, then I’ll believe it. Until then, I won’t believe it.”

Sebastian Stan on rumors of him playing a young Luke Skywalker in #StarWars: "If @HamillHimself calls me personally to tell me that he feels inclined to share this role with me then I'll believe it." 👀https://t.co/i9rZzYvW4s pic.twitter.com/MvftVLlcLk

It’s worth noting that Hamill himself has pointed out the uncanny resemblance between his younger self and Stan (GMA even sharing Hamill’s tweet during the broadcast). We don’t know what Lucasfilm plans to do with the character down the line, but there’s definitely a lot of time for Hamill to officially pass the torch.

After fans were divided with the CG Luke Skywalker that appeared in The Mandalorian Season 2, there has been a call to just recast the role—much like what they did with Alden Ehrenreich’s Han Solo or Donald Glover’s Lando Calrissian. While Hamill has pretty much done all that he can as Luke Skywalker, it would be great to see the further adventures of Luke with someone as competent as Stan.

Here’s the synopsis of The Mandalorian:
The travels of a lone bounty hunter in the outer reaches of the galaxy, far from the authority of the New Republic. After the stories of Jango and Boba Fett, another warrior emerges in the Star Wars universe. The Mandalorian is set after the fall of the Empire and before the emergence of the First Order.

We don’t know if he’ll eventually become a Jedi, but you can catch Stan as Bucky Barnes in The Falcon and The Winter Soldier now streaming on Disney+.