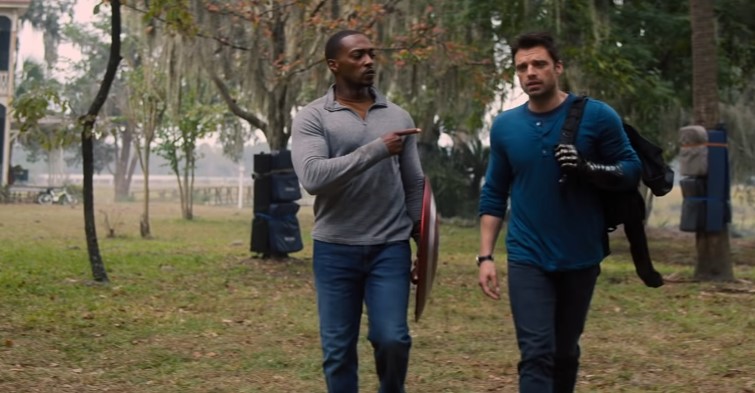 While a lot of people are excited over the release of Zack Snyder’s Justice League on HBO Max this week, Disney+ is going on to premiere their other Disney+ show that was supposed to come out last year—The Falcon and The Winter Soldier. Just in, we have a new teaser for the series, and some other clips have also been making the rounds.

Though Bucky seems to be serious for most of his appearances in the MCU films, they really try to give him a more dry wit personality when it comes to The Falcon and The Winter Soldier. Sam Wilson has always been more positive and chipper, and now instead of the more optimistic Steve Rogers, he’s hanging with a more sarcastic, grumpy old man that is Bucky.

While the dynamic of Bucky and Sam can be cute at times, I never really thought that they would get a story that focused solely on them. Either way, it has a lot of potential for some interesting dynamics. Though Bucky may have been the closest to Captain America, he’s still another man out of time. In Sam’s case, he is of this generation, and he’s been personally chosen by Steve to pick up the mantle. Let’s hope that he finds a way to honor that title—even if others already agree that he’s not right for the job.

Following the events of ‘Avengers: Endgame,’ Sam Wilson/Falcon and Bucky Barnes/Winter Soldier team up in a global adventure that tests their abilities — and their patience.

The Falcon and The Winter Soldier premieres on Disney+ this coming Friday.