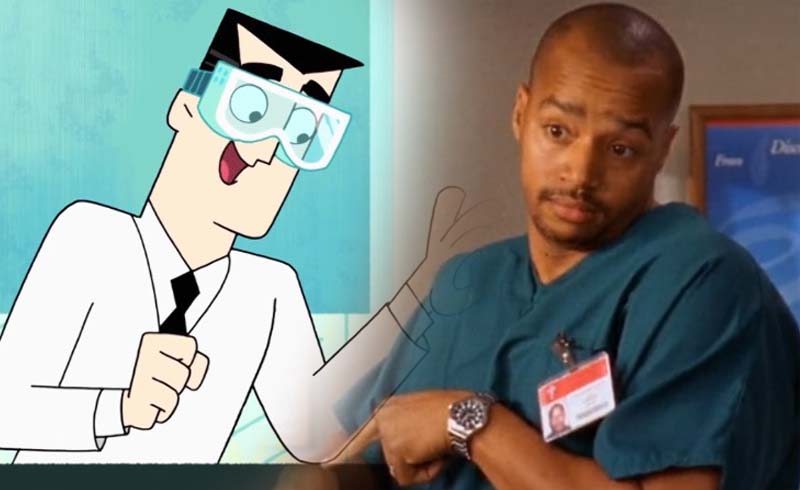 Donald Faison is probably best-known for playing Turk on Srcubs, and now he’s going to be playing another “Doctor” for The CW.

As per Variety, Faison has been cast as the live-action Professor Drake Utonium in the network’s Powerpuff Girls adaptation (now titled Powerpuff). The character is described as:

“…quirky, debonair, and a pinch narcissistic. He is a scientific genius who is immensely proud of the three extraordinary girls he created in his lab. Staring down a midlife crisis, he is determined to repair his relationships with his now-adult daughters.”

While Professor Utonium is more of a general father figure in any animated show, it’s going to be interesting to see how Faison handles the character. Faison is already generally likeable when it comes to his roles, so I guess it would make sense that they would cast him to be someone like Utonium. After all, he is a character who kind of pushed the girls into crime-fighting in their youth; why was he even planning on making ‘the perfect little girl,’ in the first place?

Here’s the official description of the show:

While PPG is a generally kid-friendly property, Powerpuff is going the more adult route with the girls in their adulthood trying to cope with being child crimefighters. While a lot of fans are complaining about how edgy the premise is, I guess it can work for properties like Riverdale and Chilling Adventures of Sabrina.

No release date has been set for The CW’s Powerpuff, but hopefully we can get something by 2022; maybe a trailer before the year ends.