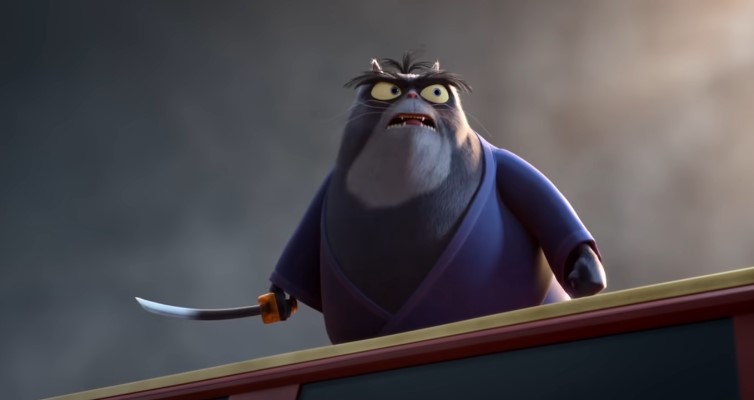 Samuel L. Jackson may have played a black samurai with Afro Samurai, but now he’s playing a samurai of a different species with Paramount’s next animated film.

Just in, we got the trailer for Paws of Fury, and it features Jackson as a wise old samurai cat. Watch this:

A hard-on-his-luck hound Hank (Michael Cera) finds himself in a town full of cats who need a hero to defend them from a ruthless villain’s (Ricky Gervais) evil plot to wipe their village off the map. With help from a reluctant teacher (Samuel L. Jackson) to train him, our underdog must assume the role of town samurai and team up with the villagers to save the day.

Admittedly, the movie looks like a spinoff of Kung Fu Panda, which is also expected to make a comeback soon to the small screen. If Paramount wants to make this film stand out, I guess they’ll just have to rely on the different style and execution. While Kung Fu Panda definitely has the ‘animals doing martial arts’ bit down, it doesn’t have the same kind of meta-humor that Paws of Fury seems to be aiming for.

Who knows, maybe there’s a crossover down the line if this film does well?

Paws of Fury comes to theaters on July 15.