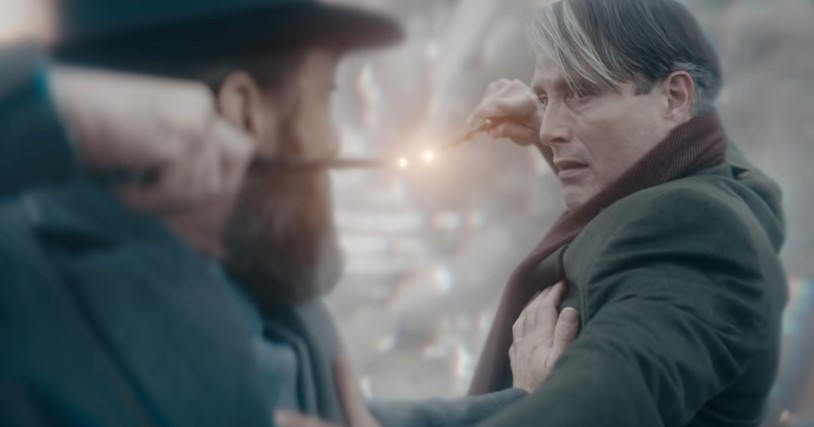 Twitter may have campaigned as hard as it could, but they couldn’t stop Johnny Depp from being removed from the next Fantastic Beasts film. Now Mads Mikkelsen is taking over the role of ‘wizard Hitler’ and a new featurette has him talking about his character in Secrets of Dumbledore.

Watch the featurette down here:

While we don’t expect Mikkelsen to talk about the real drama of taking over a role that was originally Johnny Depp’s, he does have some insight on the character. While we know that Grindelwald is the villain of the movie, I’m hoping that we get a more well-rounded take on his character with this film.

Though I would have preferred that Depp kept the role, a lot of fans agree that Mikkelsen was perfectly cast. Not only does he have the acting chops to pull off a cold and calculating villain, but his part in Hannibal subconsciously injects the sexual tension between him and Jude Law to audiences—perfect for alleged former lovers Dumbledore and Grindelwald.

Professor Albus Dumbledore (Jude Law) knows the powerful Dark wizard Gellert Grindelwald (Mads Mikkelsen) is moving to seize control of the wizarding world. Unable to stop him alone, he entrusts Magizoologist Newt Scamander (Eddie Redmayne) to lead an intrepid team of wizards, witches and one brave Muggle baker on a dangerous mission, where they encounter old and new beasts and clash with Grindelwald’s growing legion of followers. But with the stakes so high, how long can Dumbledore remain on the sidelines?

Catch Mikkelsen when Fantastic Beasts: The Secrets of Dumbledore comes to theaters on April 15.