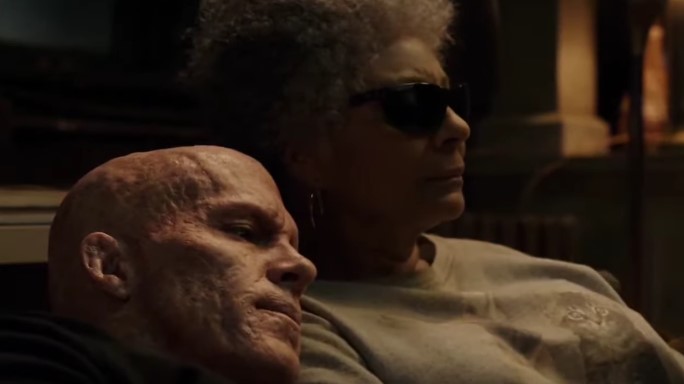 The last time we saw Leslie Uggams as Blind Al was in Deadpool 2, and though we’ve yet to get an update on Deadpool 3, we know that the movie is coming. Just in, Reynolds has confirmed that Al will be returning for the third movie.

Replying to Uggams on Twitter, Reynolds told her that he would be seeing her soon, followed by three sword emojis. Here’s the post:

With the next Deadpool film joining the MCU, a lot of people are confused on which characters will be kept from the original continuity. While it’s very likely that T.J. Miller’s Weasel won’t be making a comeback, at least we know that Deadpool’s sassy mentor/roommate is going to be coming back.

As of now, we have no idea what story Deadpool 3 can go for, but we can probably expect the film to be more PG-friendly, especially with Shawn Levy now at the helm. If anything, it’s very easy for a franchise like Deadpool to be PG-13—even the last film managed to get a re-edited version to come out in theaters for kids.

We don’t know exactly how Deadpool will enter the MCU, but my guess is that Multiverse of Madness would be the perfect avenue for him to enter. It would be fun if he makes an appearance and decides to stay, seeing that his universe was ‘cancelled.’ It’s just a pitch.

Deadpool 3 hasn’t been officially announced by Disney, but fans are hoping for some kind of teaser with Doctor Strange in the Multiverse of Madness which comes out May 4.