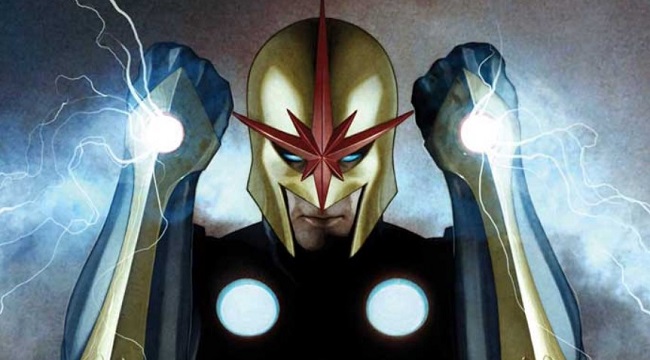 The Nova Corps had a prominent role in the first Guardians of the Galaxy, but they have since been absent since 2014. What’s news is, it looks like Marvel could be ready to introduce their next cosmic hero with Nova.

According to Deadline, Moon Knight writer Sabir Pirzada is now onboard to write Nova for Marvel Studios. It’s still unclear on whether this will be a movie or a Disney+ series, but seeing that Nova is a cosmic character that would probably need a lot of CG to pull off, my bets are that it’s going to be a theatrically released film.

If anything, the seeds for a Nova origin have already been planted. John C. Reilly’s Rhomann Dey is the character that grants Richard Rider his powers. Also, it has been explained in-universe that Thanos had wiped out the Nova Corps, so maybe we could be looking at some kind of flashback down the line.

For now, Marvel looks to be really stretching out when it comes to their heroes, especially now that they’ve lost Iron Man and Captain America. While properties like Eternals wasn’t universally beloved, there’s still a lot of room for Marvel to really experiment on future properties. I mean, where’s the MCU’s version of Joker? Am I supposed to believe that Moon Knight is going to be that property for Marvel?

We don’t know when the Nova project is expected to come out, but you can catch Guardians of the Galaxy Vol. 3 when it hits theaters on May 23, 2023.