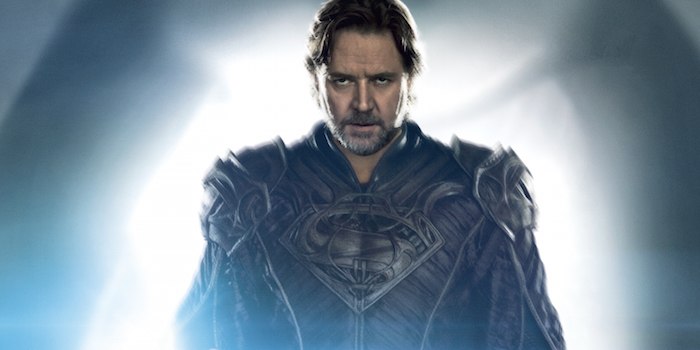 Taika Waititi’s Thor: Love and Thunder is already chockfull of celebrity appearances from Melissa McCarthy and Matt Damon to the whole roster of the Guardians of the Galaxy. Man of Steel’s Russell Crowe has also been cast in the film, and though Marvel can be secretive with its films, Crowe has revealed who he’ll be playing.

As per an interview with JOY Breakfast with The Murphys (via ComicBook), Crowe reveals he’s playing the Greek God of Thunder, Zeus. Here’s what he said:

Though Zeus may seem like a large role, it’s very likely that this will just be a cameo. After all, Christian Bale’s character in the film, Gorr, is aptly named “Gorr the God Butcher.” It’s very likely that we’ll see Gorr take Zeus out somewhere in the beginning of the film, to establish how dangerous the character will be going up against Thor.

Then again, I’m just speculating here. It’s very likely something else could happen with the character. While the films have only been showcasing Norse Mythology, the comics very well have every other mythology existing at the same time with like Osiris from Egypt or the Mayan god Itzamna. What better way to introduce a ‘God Butcher’ character besides killing the Roman equivalent of Thor (in the God of Thunder sense).

Until we can get any official reveals, all fans can really do is guess.

Catch Thor: Love and Thunder when it releases on Feb. 11, 2022. In the meantime, you can get your MCU fix with The Falcon and The Winter Soldier which will have its finale premiere on Disney+ this weekend.