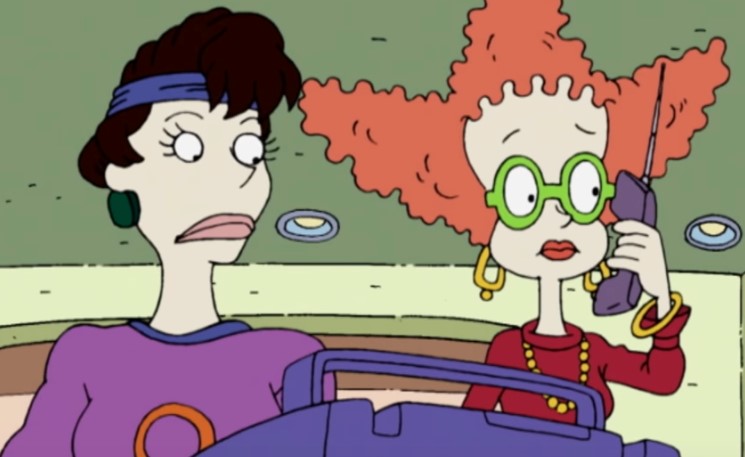 Rugrats was one of Nickelodeon’s defining cartoons back in the 90s and the show is set for a reboot coming to Paramount+. Besides the change in art style, it looks like the show will be doing a small (but probably obvious) tweak to one of the characters—Betty DeVille a.k.a. Phil and Lil’s mother.

In an interview with The AV Club, Rugrats voice actress Natalie Morales (who is also queer herself) has revealed that the Rugrats reboot will have Betty be an openly gay member of the LGBTQ+. She says:

…Betty is a single mom with her own business who has twins and still has time to hang out with her friends and her community, and I think it’s just so great because examples of living your life happily and healthily as an out queer person is just such a beacon for young queer people who may not have examples of that… And yeah, Betty is a fictional cartoon, but even cartoons were hugely influential for me as a kid and if I’d been watching Rugrats and seen Betty casually talking about her ex-girlfriend, I think at least a part of me would have felt like things might be okay in the future.”

In the original cartoon, Betty was married to plain and dorky Howard, and the couple seemed to be the show’s commentary on couples where the wife is the more dominant partner. In this reboot though, it looks like the character of Howard will be scrapped overall, and Betty is described as someone who, ‘loves football, owns a café called Betty’s Beans, and cracks jokes about her ex-girlfriends.’

She was gay in the original. https://t.co/kUDVMMu7LY

Funnily enough, a lot of fans online seem to think that the character was obviously gay with Howard acting as her beard. If anything, it’s probably the right direction to take the character and is great for representation moving forward.

Catch the Rugrats reboot on Paramount+.