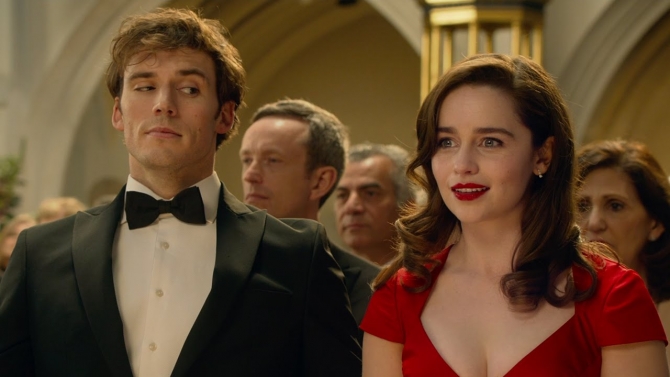 Planning for Valentine’s Day? Call in the closest of your loved ones with your favorite snacks and watch the most romantic movies only at Amazon Prime!

Some movies have successfully felt like walking in a pop song of first love, but others in an attempt to get the necessary drama throw the light feelings aside to capture a romance that feels real and it is about time they get honored and stand up for them opposing unearned mushy legacy.

‘The Lobster‘ is a contemporary movie and is by far one of the most atypical romances you can have from Amazon Prime. Starring Colin Farrell as David, in search for love, The Lobster remarkably portrays and recreates the social pressure that love entails.

‘The Cake Eaters‘ bring two families together exposing their secrets and their greatest wishes. Stewart portrays Georgia, a terminally ill woman in her youth, who is realizing love for the first time much to the dismay of her family.

‘Eyes Wide Open‘ is an enduring, prudent, full of thoughts about love displayed in difficult circumstances.  Eyes Wide Open chases Ezri in his attempt to rebuild his business, and life, for that matter, following his father’s death. It is considered among the most peculiar and finest romantic movies on Amazon Prime.

‘Hello, My Name is Doris’ is an amazingly sweet, yet tragic and altogether jolly romantic comedy. Sally Field stars as Doris, a cheerful woman past 60 who, after her mother’s death, became fascinated with younger men. It is indeed a dogmatic romantic comedy that can affect how age is being viewed.

‘Me Before You’s‘ premise is based on a novel of the same name that was met with critical success. Emilia Clarke, the Mother of Dragons herself, plays Louisa a woman working as caretaker of the then paralyzed banker in his youth named Will (Sam Claflin). It is a heartfelt but exploitative search of love and disability under the most extreme circumstances and ultimately asks “What would you do for love?”

‘Ghost‘ is an equally immense romantic flick. Patrick Swayze plays as Sam, a banker murdered by a thief. He then finds out he’s a ghost, unable to interact and talk to his girlfriend named Molly (played by Demi Moore). He then tries seeking to reveal the culprits of his death and in an attempt to reconnect to Molly, the love of his life and find his salvation.

‘Dirty Dancing‘, like any other 80’s movies, is considered the movie all other romantic movies need to live up to. Jennifer Grey portrays “Baby”, who’s on vacation with her family for summer and who eventually falls for her dance class instructor, much to the dismay of her conservative family.

‘St. Elmo’s Fire‘ is a relevant romantic drama by Joel Schumacher, featuring the biggest names in the offing towards Hollywood at that time. Emilio Estevez, Rob Lowe, Andrew McCarthy, Demi Moore, Judd Nelson, Ally Sheedy, Andie McDowell star in this classic movie about growing up and the confusion that happens when you reach adulthood.

‘The Lovers‘ is an exciting, laughable, and romantic movie depicting extra-marital affairs, which evolved into intra-marital one. Mary (Debrah Winger) and Michael (Tracy Letts) are married but unhappy couples, both openly cheating. Then something funny happens while they were working for divorce.

‘The Big Sick‘ is a true-to-life story of the actor-comedian Kumail Nanjiani seeing and falling for his wife, named Emily (played by Zoe Kazan). The couple’s courtship process seemed difficult as Kumail’s family tried pressuring him into finding a cordial Pakistani girl to marry. The Big Sick is a luminous vision of stellar people and an incredible love story, not missing a moment of laughter.

The movie that spawned the parody  ‘Not Another Teen Movie’, ‘She’s All That‘ was the 90’s movie to watch for. It has a perfect high school storyline starring a geeky-nerdy girl who was being bullied for being different until a bet put her at the center of the schools popular crowd. It’s not the most artistic of movies on this list, but it is one of the most feel good movies and if you happen to be a 90’s kid it’ll bring back all the nostalgic feels.

Will Smith is the best choice to play the lead in ‘Hitch‘. He plays as the titular Hitch, matchmaker. Hitch was tasked to help Albert Brennaman (Kevin James) pursue his dream girl, yet Hitch found himself falling for gossip writer Sara (Eva Mendes). It is a funny film with sweetness incorporated.

‘Titanic‘ sets the record of being one of the highest grossing films of all time, ranked second.  The setting is all about the Titanic ship sinking. With the genius mind of director James Cameron, a pretty convincing and emotional love story between poor Jack (Leonardo DiCaprio) and high society Rose (Kate Winslet) has made Titanic a classic when it comes to romantic movies.

Dating back to 1948, ‘Revolutionary Road‘ is a romantic-drama, uniting Leonardo DiCaprio and Kate Winslet, playing Frank and April Wheeler. The couple lives happily with an unimaginable secret: both are unhappy in marriage. Revolutionary Road is “revolutionary,” in a way it searches for unhappiness that has been buried under idealistic romance. The film prides itself of sadness and probes the solutions.

Watch all these movies on Amazon Prime.