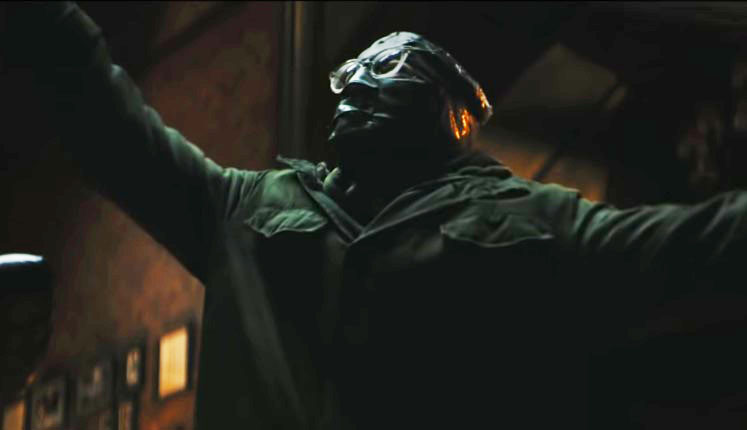 With March barely a month away, WB is going hard with their marketing push for The Batman. While fancy art can be enough, some fans have spotted a neat Riddler Easter Egg in a poster with Batman can Catwoman.

As it turns out, if you shine a light by a certain angle on the poster, a message from the Riddler reveals itself saying his line from the trailer, “You are a part of this too.” Check it out:

Using a blacklight actually makes it clearer, and you can also catch a message saying “Find out why,” with a secret code in the bottom:

We don’t know what other Easter Eggs could be hidden in marketing material, but I would start shining a blue light on any piece of Batman material I’d run into. You have to admit, it’s a great piece of meta marketing on the designers’ part.

While Batman movies have focused on the more bombastic set pieces, it’s said that Matt Reeves’ upcoming film will lean in more on the “greatest detective in the world” aspect of Batman, and he’ll have to unearth a lot of Riddler clues throughout the film—while at the same time clashing with Catwoman and the Penguin.

Though the release of Zack Snyder’s Justice League had brought a lot of hope to fans for #RestoreTheSnyderVerse, it looks like WB will be forging this new path with their upcoming DC films. We don’t know where Battinson’s place in the main timeline will be, but I am up for an original, unconnected story with its own original vibe. Who knows, maybe a multi-verse crossover with The Flash could let Pattinson make a cameo. We’ll just have to wait and see.