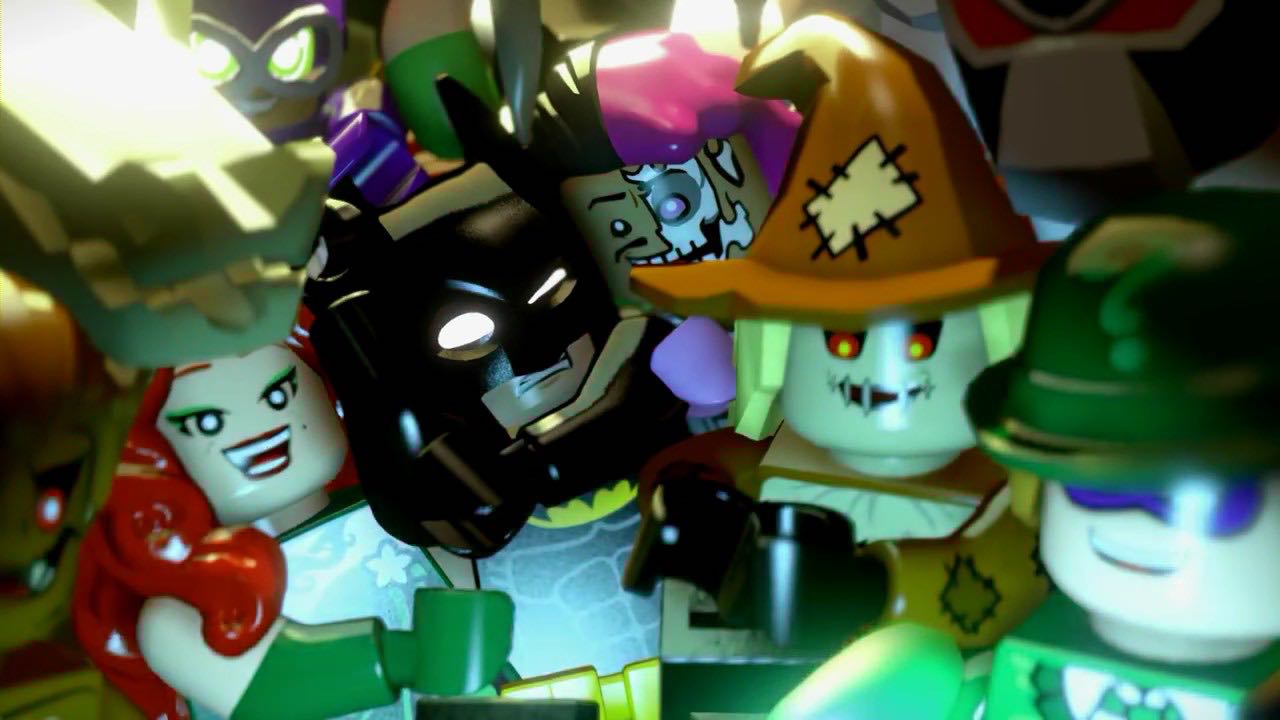 TT Games has been churning out a relentless barrage of its lovable brand of LEGO games for almost 12 years, and they show no sign of slowing down. LEGO Dimensions is no doubt the focus of the developer’s efforts these days, and is arguably the greatest celebration of pop culture you’re likely to find in a video game right now. While it’s been an expensive commitment for those intent on collecting each and every expansion pack that hits store shelves, there’s no doubt that Dimensions is the new king of the toys-to-life genre.

Recent months have seen it receive its two biggest add-ons thanks to the releases of Ghostbusters and Fantastic Beasts and Where to Find Them. Both blockbusters came to Dimensions in the form of two story packs as part of the game’s so-called ‘second season’, containing a new character, vehicle, and backdrop for your portal, plus six levels retelling the film’s narrative, and an open world to explore. TT Games promised one more story pack before they get to work on ‘season three’, and it’s The LEGO Batman Movie.

TT Games’ series is revered because of how it amusingly spoofs some of the world’s biggest films, TV shows, and video games. Not only is it fun to see them recreated in LEGO form, but the writing is usually of such a quality that the games are genuinely funny in their own right. The LEGO Batman Movie – more so than even The LEGO Movie – also makes this play and does it extremely well, and as beloved as TT Games’ work is, playing through their take on Warner’s latest big screen LEGO flick after seeing the film itself doesn’t do it any favours.

Jokes don’t hit as hard as they otherwise would, with the film’s script chopped up and stretched out across six levels lasting around three hours in total, and it doesn’t help that most of the film’s cast don’t return to their roles for the game. Think of it like this: the LEGO games have found success in being impressions and parodies of hits like Star Wars and Harry Potter, but with The LEGO Batman Movie, the game is doing an impression of someone else’s impression.

On the plus side, in other ways The LEGO Batman Movie absolutely plays into the hands of TT Games and the spirit of Dimensions. Its insane crowd-pleaser of a final act featuring DC’s greatest heroes going up against Voldemort, some Gremlins and Daleks, King Kong, and a few agents from The Matrix is exactly the kind of cross-universe absurdness on which Dimensions has so proudly hung its hat. TT Games actually takes it one step further by incorporating some inter-dimensional happenings within levels leading up to the climactic battle, with sequences that allow you to call on aid from the worlds of Adventure Time and Portal 2 to help you solve puzzles and defeat bosses. As has been the case since Dimensions first launched, there’s some great bantering between characters based on who you’ve got on your portal at any one time, so mixing up old favourites with the new Robin and Batgirl minifigures is encouraged.

Robin and Batgirl are strong additions to the Dimensions family. The latter basically shares the Dark Knight’s move set, but Dick Grayson can switch between his default costume and a Nightwing variant. He comes out with a great line when questioning the logic behind hiding a pair of Nightwing trousers underneath his Robin shorts. Both animate in the same stop-motion vein as they do in the film, and TT Games do a great job of capturing that look, just as they have done previously with the likes of Wildstyle and Bad Cop. It’s a nice touch too that your original Batman minifigure will change slightly when used in the new story pack, with a black costume replacing the default grey. You can pick up an Excalibur Batman fun pack separately, which comes with a bionic steed for you to ride, but the original will serve you just fine. It’s actually a tad disappointing that TT Games decided to go ahead with a second Batman minifigure rather than opt for Alfred, especially after his scene-stealing turn as a 60s-era superhero in the film.

Aside from the aforementioned ways in which The LEGO Batman Movie blends with other famous franchises, levels don’t serve up much in the way of surprise. It’s the same blend of light combat and puzzle solving that you know, not helped by the fact that this is the fourth Batman-focused LEGO experience that TT Games have put out after 2008’s LEGO Batman, 2012’s LEGO Batman 2: DC Super Heroes, and 2014’s LEGO Batman 3: Beyond Gotham. There are some fun boss fights, though, and the levels themselves do look fabulous – traversing the Phantom Zone is especially trippy.

Once you’re done with the story you can explore an open Gotham City, packed to the rafters with extra collectibles and side quests to complete. There’s also another battle arena for competitive multiplayer, and it’s worth noting that The LEGO Batman Movie comes in a slightly lower price point than previous story packs at £34.99, compared to the £39.99 that Ghostbusters and Fantastic Beasts launched at. It might be because the number of pieces required to build your new portal backdrop – the Batcomputer – is far fewer than what was needed for the Magical Congress of the United States of America, but the extra character makes up for it.

The LEGO Batman Movie both undermines and perfectly complements LEGO Dimensions in equal measure. Hardcore fans and collectors will find plenty of value in this latest expansion, but more casual players will likely be better served checking out one of last year’s sets.