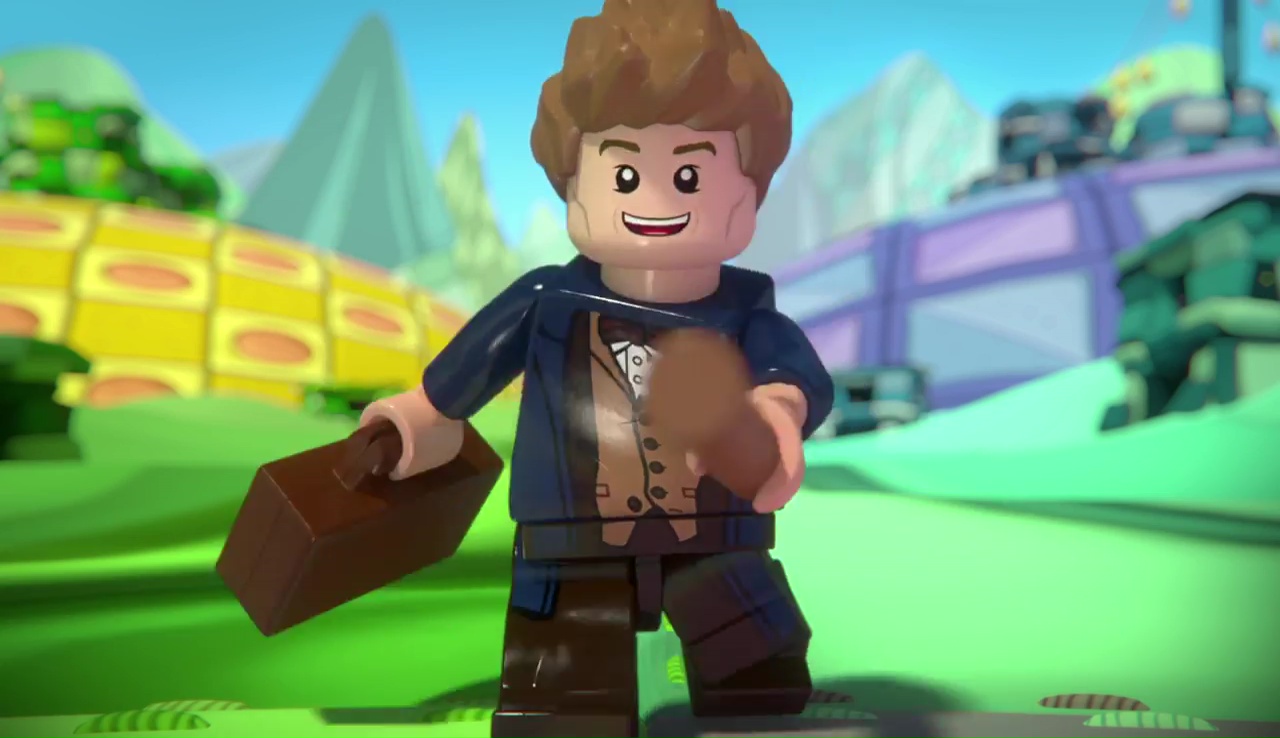 JK Rowling’s wizarding world is no stranger to getting the LEGO video game treatment, with all seven of her Harry Potter stories having been transformed into bricks and studs across two releases during the last console generation. They proved to be among TT Games‘ most popular efforts, so much so that there were recently re-released for PlayStation 4. Of course, the British developer’s main focus of attention these days is on the all-encompassing pop culture orgy that is LEGO Dimensions. With some of the world’s most iconic franchises joining in the fun, it came as no surprise when the Potter universe was added back in September with a Team Pack featuring the titular hero and nemesis Voldemort. Now, thanks to last week’s release of Fantastic Beasts and Where to Find Them it has an even greater presence within the game.

The film, which has divided us here at GeekFeed (yay/nay), is the second Story Pack to be released for Dimensions after Paul Feig’s Ghostbusters earlier this year. That means you get to play through the entire film across six levels, plus explore an Adventure World themed to the property, which in this case is 1920s Manhattan. Eddie Redmayne’s Newt Scamander is included in the box, alongside his mischievous Niffler and a new backdrop with which to decorate your portal, themed to the Magical Congress of the United States of America from the film.

Newt is a really useful character, capable of dealing with a variety of Dimensions’ obstacles thanks to his range of spells. His trademark suitcase and ability to apparate also come into play during the half dozen new levels, which will take anywhere between three and six hours to get through depending on how thorough you are. His Niffler, meanwhile, can dig up secrets and items required to progress. The Potter universe continues to be an excellent match for the LEGO brand of gameplay, with some clever puzzles making use of Newt’s skillset. As you might expect, Fantastic Beasts is far less combat-heavy than the likes of LEGO Marvel Super Heroes or LEGO Batman. There’s also far more interaction with the portal itself in comparison to some of the more recent Dimensions expansions, with the Sonic Level Pack having ignored it for gameplay almost entirely.

Of course the focus on puzzles and exploration is also enforced by the fact that the film itself doesn’t feature much in the way of magical battling. You’ll play through the story pretty much beat for beat, and the game follows in the footsteps of other recent LEGO film adaptations by lifting much of the audio straight from the movie. For in-level dialogue – like reacting to puzzles or death – new voiceover has been recorded by the stars of the film, including Redmayne. Some of the delivery here is a little wooden, and I’m not too sure how much VO experience the cast has, but it definitely adds to the authenticity of the production and their charm still shines through for the most part.

What holds Fantastic Beasts back more than anything are the bugs and glitches. Dimensions has been no stranger to these since it launched back in 2015, but Fantastic Beasts is handicapped by a few nasty ones. Your mileage may vary when it comes to experiencing them, but don’t be too surprised if you run into events within levels failing to trigger properly, characters getting stuck in the geometry, or perhaps even a hard crash or two. If TT Games could issue an Oculus Reparo patch to sort these issues out, that’d be truly fantastic.

Fortunately the Adventure World doesn’t seem to suffer from these problems quite as much, and TT Games‘ take on the film’s setting is a joy to explore. It’s packed with side quests, races and hidden collectibles, but it’s the references to other Dimensions properties that really shine. Familiar faces pop up in the story levels, too, with a cameo from Scooby Doo and Shaggy the standout. If you haven’t yet invested in the Doctor Who Level Pack, Fantastic Beasts provides more incentive to do so. The original game housed secret areas themed to The Flintstones and The Jetsons that were only accessible via the Doctor’s TARDIS, and Fantastic Beasts boasts a similar Easter Egg that fans of a certain other British sci-fi show are sure to go absolutely nuts for.

Although Fantastic Beasts doesn’t push the LEGO formula forward in any meaningful way, it still provides some of of the most charming and enjoyable Dimensions content yet. Should the glitches and bugs not prove too much of a distraction, the story levels provide a retelling of the film that fans will no doubt enjoy. Couple that with a jam-packed Adventure World and a Battle Arena inside Newt’s suitcase and you’ve got some decent value for money for your £39.99/$39.99 entry fee.

When working as intended, Fantastic Beasts and Where to Find Them provides some of the most enjoyable LEGO Dimensions content to date.