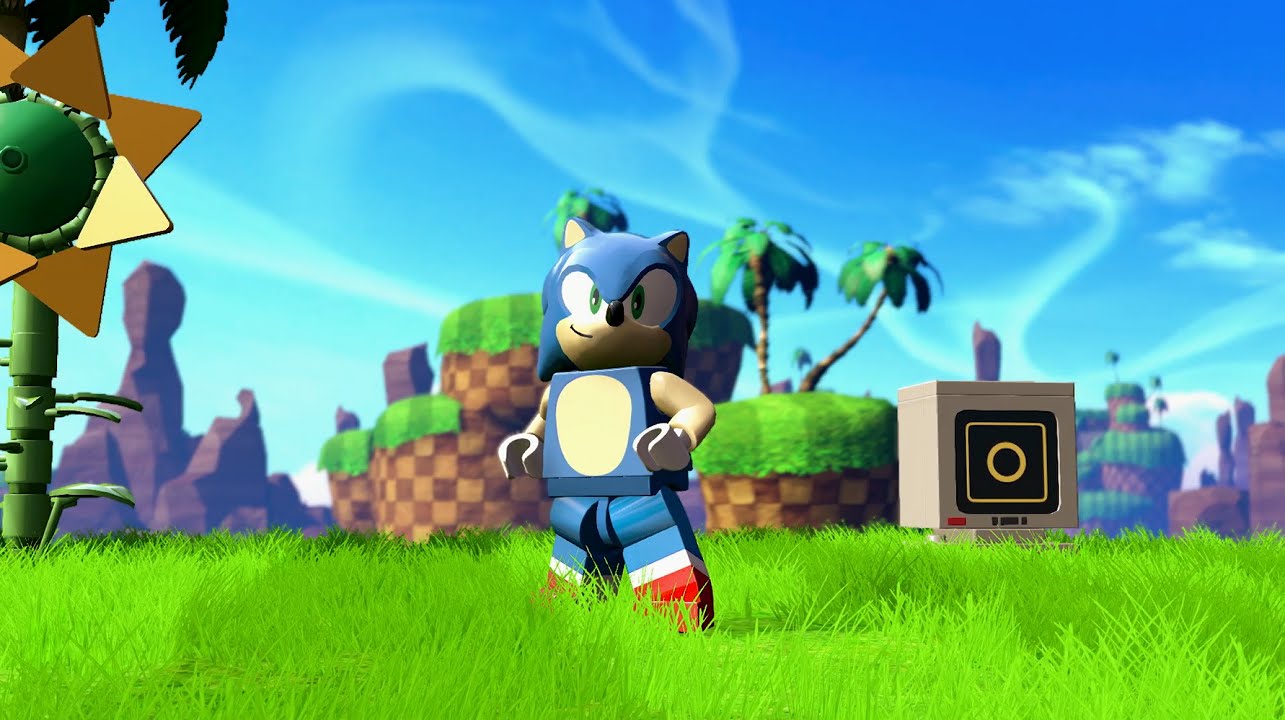 LEGO Dimensions is a weird thing. By its very nature it should be a game with no appeal to anyone above the age of 10, yet so many find themselves drawn to it because of the incredibly eclectic mix of licences TT Games has managed to tie together. Boasting the likes of Back to the Future, Harry Potter, Lord of the Rings and Scooby Doo, it’s a game that makes me nostalgic for my childhood like no other. Its second year got off to a strong start with the likes of Mission: Impossible and Adventure Time back in September, but it’s the latest wave of packs that’s really got me weak at the knees.

Among the new content released this past week is a Sonic the Hedgehog level pack. If you’re not up to speed on how LEGO Dimensions works, a level pack is the second tier of add-on packs in terms of price and the amount of content. For an RRP of £29.99/$29.99 you get a character, two vehicles, access to a decently sized level, an adventure world to explore, and a battle arena for local competitive multiplayer.

Pick up the Sonic pack and you get the titular hedgehog himself, his Speedster car and Tails’ Tornado biplane in the box. The level itself knows exactly who its main audience is – those who had a Genesis in 1991 and who may still be stubbornly keeping an eye on the series in the vague hope that one day it may return to something resembling good form. Incredibly and tragically in equal measure, LEGO Dimensions comes closer to doing that than SEGA themselves have for at least 15 years. The hour long level starts in the iconic Green Hill Zone and utilises the dimensions gimmick to take you through different generations of the Sonic series, like the beach from the Dreamcast’s Sonic Adventure. There are nods and winks to the entire series catalogue in what proves to be a tremendous celebration of all things Sonic.

Much as is the case with all of TT Games’ LEGO adventures, the Sonic level is packed full of charm and an attention to detail fans will truly appreciate. Leave the controller idle for a few seconds and Sonic will fall asleep, dreaming of himself running around in 8-bit form. His health bar is made up of mini Genesis cartridges and his death animation is pulled right from SEGA’s original games, as are the music and sound effects. Even the retro developer logos before the level begins are sure to raise a smile. It also ties into LEGO Dimensions’ other properties in clever ways, the highlight being Sonic’s obsession with collecting rings allowing for an excellent opportunity for Gollum to make a cameo.

Unfortunately, TT Games titles are usually just as well known for their sometimes problematic gameplay and level design as they are for the warmth and humour. Sonic’s quest to find the Chaos Emeralds sees the developer admirably try to replicate some of the speed mechanics from SEGA’s games, but Sonic can often feel clumsy and imprecise. You may well find yourself choosing to play as someone like Wonder Woman so you can simply fly across the level and bypass some of the trickier platforming sequences. It’s a shame, because the efforts to clone Sonic’s traditional toolset shows a tremendous dedication to capturing the essence of the licence in ways that extend beyond the presentation. The hedgehog is far more fun to control in the adventure world, with the open space making running at 100 miles per hour far more manageable.

Sonic fans have been used to far greater problems than those that rear their head during his LEGO Dimensions debut, though. The level, adventure world and battle arenas are sure to tickle the nostalgia of anyone who grew up with a Genesis in the 1990s, and Sonic is a fun character to bring into other parts of the LEGO Dimensions experience. His homing jump attacks give him a combat manoeuvre no other member of the ever-growing cast currently replicates, and his speed makes him a valuable character for traversing the game’s suite of adventure worlds.

Sonic the Hedgehog is a worthy addition to the ‘LEGO Dimensions’ catalogue. TT Games’ admirable intentions to capture the magic of his original adventures don’t completely hit the mark, but this level pack is a nostalgia trip well worth taking for those who grew up thinking hedgehogs were cooler than plumbers.