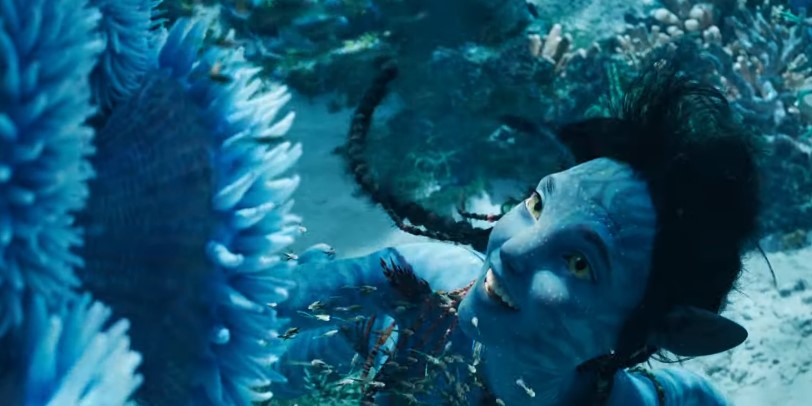 Before Avengers: Endgame became the highest-grossing movie of all time, that title belonged to James Cameron’s Avatar. He’s been working on the sequels to the film for the past couple of years, and now we have our visually stunning first teaser for Avatar: The Way of Water.

Watch the new teaser for The Way of Water down here:

Set more than a decade after the events of the first film, “Avatar: The Way of Water” begins to tell the story of the Sully family (Jake, Neytiri, and their kids), the trouble that follows them, the lengths they go to keep each other safe, the battles they fight to stay alive, and the tragedies they endure.

Like the title suggests, this film will be focusing more on the aquatic life of Pandora. With the first movie having very heavy emphasis on flight and the sky, we now get to follow Jake and Neytiri’s kids as they go into the waters of the alien planet.

What’s curious is, it looks like humans still exist in this world, and they now have a different motive when it comes to staying on the planet. Maybe they’re still looking for the ridiculously named unobtanium, but I would love to see a story that has some more relevant social themes today—after all, the first movie still kind of had a ‘white savior’ problem.

Avatar: The Way of Water comes to theaters on Dec. 16.