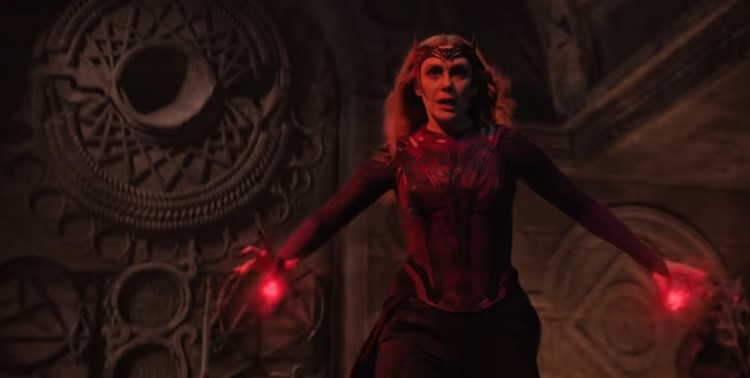 If there’s one thing that everyone has been buzzing about Doctor Strange in the Multiverse of Madness, it’s Elizabeth Olsen’s full-on Scarlet Witch. Despite the praise going Olsen’s way though, she just recently admitted in an interview with The Tonight Show Starring Jimmy Fallon that she can’t watch Marvel films—during the premieres at least.

this is so much harsher than anything scorsese ever said I’m crying pic.twitter.com/xD0Pkmm4BF

“…I’ve just decided I can’t watch these Marvel movies in a premiere anymore. Everytime I just watch and I look around me, I’m like, ‘it’s our first flop,’ like everytime… I just decided I don’t want to put myself through that experience.”

Olsen even goes so far as to say that she thought Avengers: Endgame was going to flop—which of course we all found out she was wrong. That being said, there has been a new branch of cynicism being aimed at the Marvel films by self-proclaimed cinephiles, and it really isn’t a new thing that actors like Olsen don’t really think much of the films.

If Star Wars has taught us anything, it’s that the actors don’t really have to like the source material to be great in it; so as long as Olsen is giving us some great Wanda Maximoff content, she’s free to spout off whatever she thinks about the films. Honestly, I prefer it.

Catch her lose her mind in Doctor Strange in the Multiverse of Madness now in theaters.