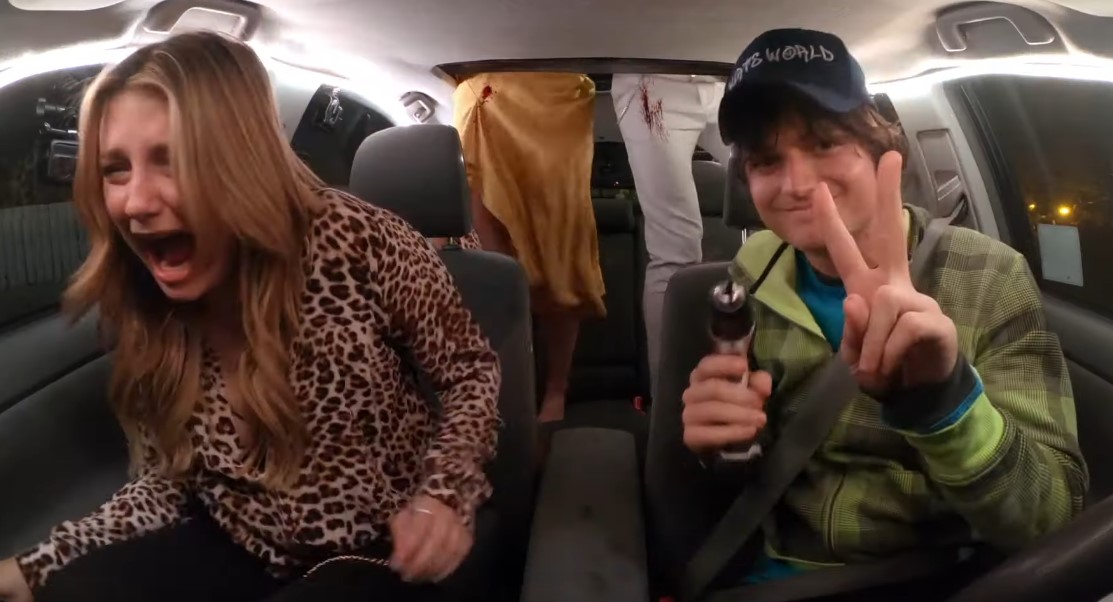 Though he may have started out as a villain, Joe Keery’s Steve has grown to be one of the more beloved characters in Stranger Things, what’s weird is, Keery is set to go full villain again in this upcoming horror film called Spree.

Meet Kurt (Joe Keery), a 23-year-old rideshare driver for Spree, who is so desperate for social media attention that he’ll stop at nothing to go viral. He comes up with a plan to live stream a rampage as a shortcut to infamy – coining his evil scheme “#thelesson”, he installs a set of cameras in his car and begins streaming his rides. Wildly miscalculating the popularity that would come from his lethal scheme, Kurt’s desperation grows as he tries to find a way to overcome the plan’s flaws. In the middle of all this madness, a stand-up comedian (Sasheer Zamata) with her own viral agenda crosses Kurt’s path and becomes the only hope to put a stop to his misguided carnage.

From the get-go, Keery seems like a very likeable guy, so it’s very unsettling to watch him become a sociopath who murders people to become internet famous. It’s actually a pretty interesting premise, and it kind of comments on the internet culture of kids just trying to get content to become viral.

Admittedly, this might hit too close to home for some people. Just last year there was news of an IG influencer who was murdered with her killer posting photos of her body in social media. I don’t know if Spree is going to address this, but hopefully it gets to say something relevant about kids and internet culture.

Catch Spree when it hits theaters and VOD on Aug. 14.