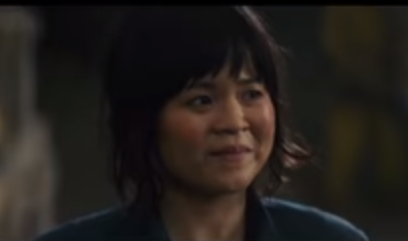 The advancement of social media in the last few years has been arguably a double edged sword. While it has been an avenue to reach and bring people together, social media has also been an avenue for bullies and trolls to reach their intended target easily. Being in the public eye, celebrities have been the main target of online hate. This is the hard pill Hollywood newcomer, Kelly Marie Tran, had to swallow and learn following her debut in Star Wars: The Last Jedi.

In the wake of the release of Star Wars: The Last Jedi, Tran has experienced harassment from fans of the series. These so-called fans feel like the inclusion on Tran, along with Daisy Ridley in The Force Awakens, is the production trying to force progressivism through the franchise.

The hate Tran received was so intense that she opted to delete her instagram account. It has been months since the actress deleted her account. Recently, she addressed the possibility of her returning to social media.

Kelly Marie Tran sat down with The Hollywood Reporter to promote her recent movie, Sorry for Your Loss. During the interview, Tran explained that she isn’t sure if she is coming back to social media. While she is grateful for the good things that have happened since the premiere of The Last Jedi, she recognizes the bad things and is trying to move on from it:

“I don’t know if I’ll ever go back. I think that there are, just like anything else, really good and really bad things that come with anything.”

This is not the first time Tran addressed the bullying she experienced from online trolls who believed she didn’t deserve to be part of the Star Wars franchise. The actress has previously penned an op-ed piece on The New York Times detailing how she felt during the whole ordeal.

In the article, Tran explained that what hurt the most was the fact that she was starting to believe the trolls. She began having flashbacks of all the times being a Vietnamese woman made her feel like she only belonged in the side-lines:

“It wasn’t their words, it’s that I started to believe them. Their words seemed to confirm what growing up as a woman and a person of color already taught me: that I belonged in margins and spaces, valid only as a minor character in their lives and stories.”

The actress further laments and hopes that she would eventually live in a world where every sex, color, race, and religion would be seen, heard and given importance to: