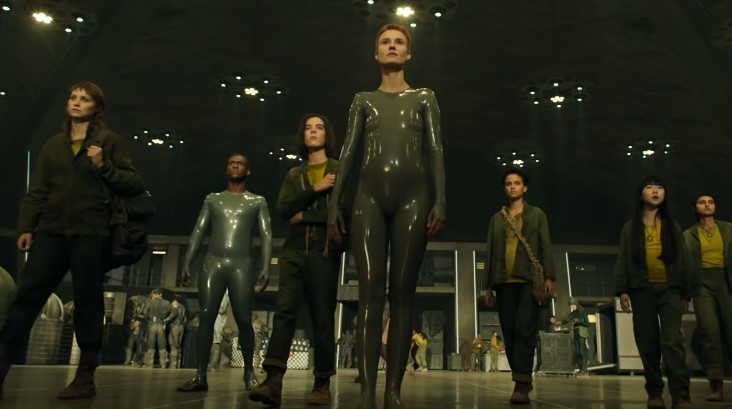 Ridley Scott’s last Alien movie may have been lackluster, but the legendary filmmaker did bring us a great new sci-fi property with Aaron Guzikowski’s Raised by Wolves on HBO. The series is set to come back next year, and we have a new trailer featuring Mother, Father, and their surviving human children.

Watch the trailer for Raised by Wolves on HBO:

In season two of RAISED BY WOLVES, Android partners Mother (Amanda Collin) and Father (Abubakar Salim), along with their brood of six human children, join a newly formed atheistic colony in Kepler 22 b’s mysterious tropical zone. But navigating this strange new society is only the start of their troubles as Mother’s “natural child” threatens to drive what little remains of the human race to extinction.

While the first season only had us focusing on small tribe of atheists, it looks like we’re going to have a full colony of people for Mother and Father to interact with. On the other hand, Marcus (Travis Fimmel) has fully embraced Sol, and is now set to be some kind of Neo-Jesus on the search for new followers.

Just like Westworld before it, Raised by Wolves is a property that doesn’t hold the audience’s hand when it comes to the story, and the plot is rife with metaphors and biblical allusions. We don’t know what Mother’s snake baby is going to do, but I’m sure this next season is still going to be full of twists and turns, and several discussions about theology and atheism.

Raised by Wolves returns to HBO Max on Feb. 3.