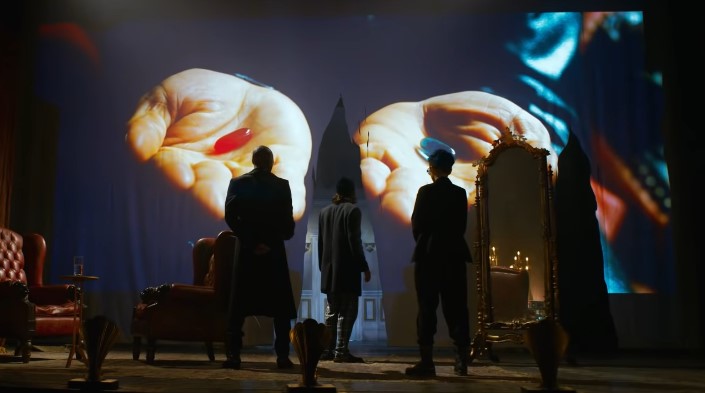 Besides the release of Spider-Man this December, WB is looking to come back to one of their biggest franchises—The Matrix with Resurrections directed by Lana Wachowski. The film is set to come out a week after No Way Home, and we have a new trailer teasing the meta nature of the plot.

Check the new Matrix trailer out:

Though Hugo Weaving (Agent Smith) won’t be coming back for the film, the trailer confirms that it will be Jonathan Groff’s character that will be filling in the main antagonist role. We also get a lot of nods as to how a lot of the plots in the story are being retreaded, from Neo waking up in the real world, to him training with Morpheus.

If anything, there are a lot of meta references going around, and we even get a point in the trailers where the first Matrix film is playing on a screen behind the characters. With the plot seeming so obvious now, the trailer also makes sure to tell us, the audience, that the story is going to be different. As far as reboot/sequels go, it has been a common trope to establish familiar ground work for a franchise (Star Wars: The Force Awakens) before they can continue to subvert expectations with the story (Star Wars: The Last Jedi).

Though fans were expecting the story to focus on a new protagonist, Keanu Reeves has proven himself a solid action lead with the John Wick films. I’m just hoping we get some more deep introspection on his character rather than endless sequel-baiting.

Catch The Matrix Resurrections when it releases in theaters and on HBO Max on Dec. 12.