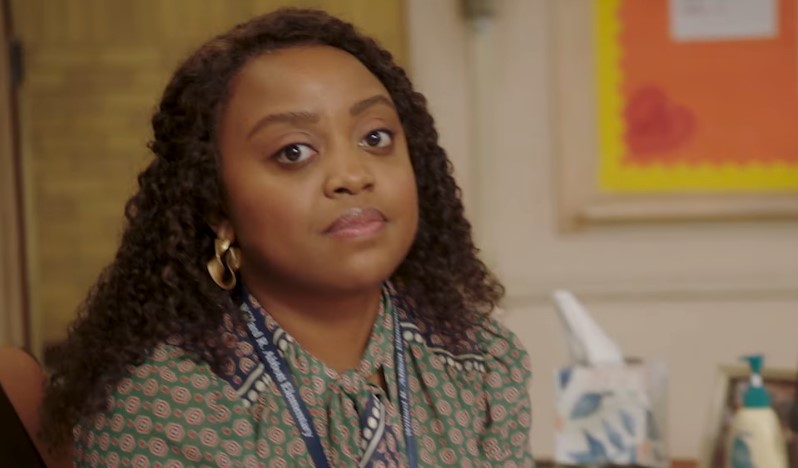 Quinta Brunson may be best known as the star of her own show Abbott Elementary, but she’s teaming up with Roku to star alongside Daniel Radcliffe in Weird: The Al Yankovic Story.

Thanks to Variety, we have our first image of Brunson in Weird, and she’ll be playing the part of one Oprah Winfrey. Here’s her photo with Radcliffe as Weird Al:

Besides Brunson, Evan Rachel Wood has also been cast in the movie to play Madonna. Other actors in the film include Rainn Wilson who plays broadcaster Dr. Demento and Julianne Nicholson and Toby Huss will be playing Yankovic’s parents.

We don’t know how large of a role Oprah will have in the movie, but with her appearing in the film, it’s possible that we could be getting a whole bunch of other celebrities running into Weird Al. My guess is we could see artists that Yankovic has parodied before like Michael Jackson (Beat It/Eat It) or maybe Coolio (Gangster’s Paradise/Amish Paradise). Who knows, maybe the movie can go far enough into Yankovic’s career that we can meet celebs like Lady Gaga(Poker Face/Polka Face) or Pharrell Williams (Happy/Tacky).

Weird Al is no doubt one of the most unique icons we have in pop culture, and it feels like a biopic about him is expected to be just as bonkers. With Yankovic best known for parodying music, I think we can expect his biopic to parody other musical biopics like Bohemian Rhapsody or Rocketman.