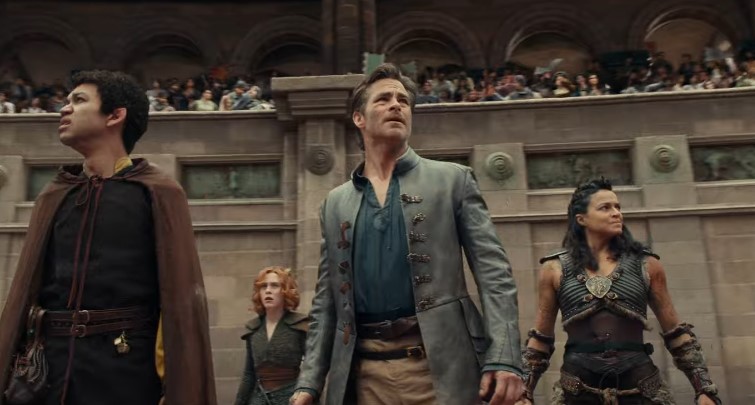 It will be a while before we get to see Chris Pine’s Captain Kirk, but he’s jumped on from sci-fi to fantasy-adventure with Dungeons & Dragons: Honor Among Thieves. Just in, we have a new trailer, and Pine looks to be the lead of this band of fantasy adventurers.

A charming thief and a band of unlikely adventurers undertake an epic heist to retrieve a lost relic, but things go dangerously awry when they run afoul of the wrong people. Dungeons & Dragons: Honor Among Thieves brings the rich world and playful spirit of the legendary roleplaying game to the big screen in a hilarious and action-packed adventure.

While a lot of fans thought that Pine was going to be playing the Dungeon Master of the movie, it looks like he’s pretty much part of the party—specifically, he looks to be the team’s bard. Besides that, the cast of characters looks to be colourful, and the banter between all of them feel like a bunch of friends sitting on a table playing D&D.

Stranger Things has pretty much hyped Dungeons & Dragons for a new generation, and besides the humor, the film even has that heavy metal soundtrack that would make Eddie Munson proud. I’m sure there are also some references in the game that a lot of longtime D&D players would immediately recognize, and if this movie gets anyone to try out the game, it would have done its job.