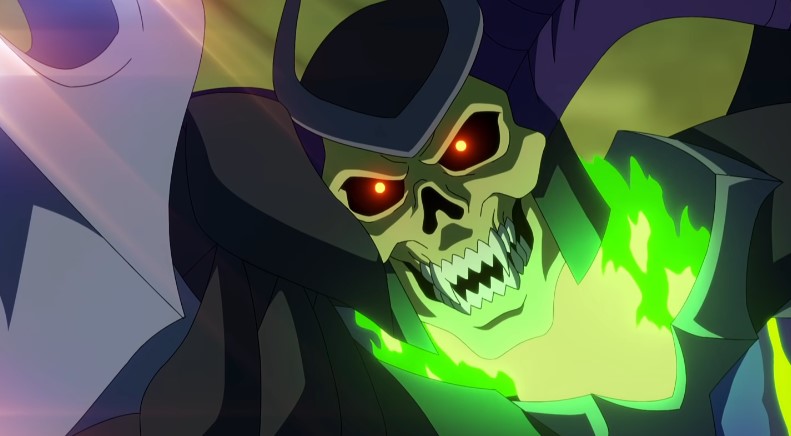 The first part of Masters of the Universe: Revelation had ended in a huge cliffhanger and dropped fans’ jaws when Skeletor got hold of the Power Sword. Now we have the second part coming this November, and boy does the new trailer spoil a lot.

Don’t say I didn’t warn you. Check out the Revelation trailer down here:

We were all wondering what would happen after Skeletor (or Skele-God) got hold of the Power Sword, but the trailer reveals that they manage to save Adam, and that he had the power to turn into He-Man by himself all along.

I know it feels like a huge spoiler, but I’m hoping that this all just happens on the first episode, and there’s a lot more story to watch out for.

I can’t help but think that this is a knee-jerk reaction to the review-bombing of the first part of Revelation. While the show was critically praised for taking a bold direction with the franchise, a lot of angry fans had taken to the internet to criticize the show for “killing off” Skeletor and He-Man in the first episode in order to shine light on “SJW” hero Teela.

If you manage to get past all the internet hate, you’ll find that Revelation is actually a pretty great show; a love letter to the original franchise filled with meta jokes and memorable character moments. It’s silly how the show managed to take Orko, one of the original’s corniest characters, and make him one of the emotional touchstones of the entire season.

The war for Eternia culminates in MASTERS OF THE UNIVERSE: REVELATION, an innovative and action-packed animated series that picks up where the iconic characters left off decades ago. After a cataclysmic battle between He-Man and Skeletor, Eternia is fractured and the Guardians of Grayskull are scattered. And after decades of secrets tore them apart, it’s up to Teela to reunite the broken band of heroes, and solve the mystery of the missing Sword of Power in a race against time to restore Eternia and prevent the end of the universe.

The second part of Masters of the Universe: Revelation comes to Netflix on Nov. 23.