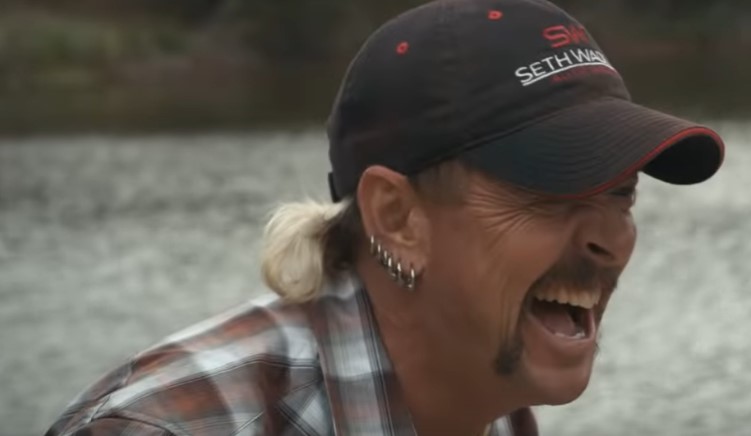 Netflix’s Tiger King: Murder, Mayhem and Madness has a very unique place in pop-culture as its popularity is closely tied to the experience of the early pandemic. More than a year later, the world is still slowly bouncing back from COVID, and look who’s ready for a comeback—none other than Joe Exotic himself.

Netflix has announced that this November 17 will see the premiere of a Tiger King sequel. Watch this:

We don’t know if the sequel could get any wilder than the first season of the show, but the series looks to update us on the life of Joe Exotic and his struggle to get out of jail after the events Season 1. After the documentary put light on some of the darker elements of the Big Cat world, I doubt that personalities like Doc Antle and Carol Baskin would be open to coming back; then again, maybe they would like to take the time to explain themselves, now that everyone has had a look at how their communities are run.

While the documentary admittedly has some slow bits, really sitting through the whole thing will reveal some very crazy stories and characters, ending with Joe’s incarceration. I honestly think there’s no way they can top Season 1, but if Netflix is pushing forward with it, we’ll just have to wait and see.

Among the eccentrics and cult personalities in the stranger-than-fiction world of big cat owners, few stand out more than Joe Exotic, a mulleted, gun-toting polygamist and country western singer who presides over an Oklahoma roadside zoo. Charismatic but misguided, Joe and an unbelievable cast of characters including drug kingpins, conmen, and cult leaders all share a passion for big cats, and the status and attention their dangerous menageries garner. But things take a dark turn when Carole Baskin, an animal activist and owner of a big cat sanctuary, threatens to put them out of business, stoking a rivalry that eventually leads to Joe’s arrest for a murder-for-hire plot, and reveals a twisted tale where the only thing more dangerous than a big cat is its owner.

Catch Tiger King 2 when it hits Netflix on Nov. 17. In the meantime, you can check out the crazy first season now streaming.