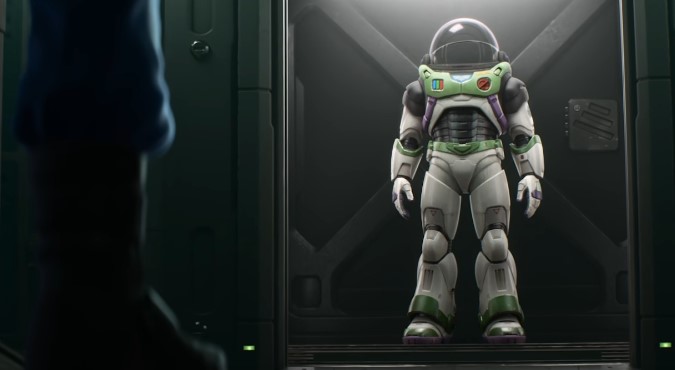 Buzz Lightyear the toy has been a beloved character in animation since he debuted in Toy Story back in 1995, and now Pixar is gearing up to tell us the story of Buzz Lightyear the person in next year’s Lightyear. We have a new trailer for the film, and it stars none other than Captain America himself, Chris Evans.

Watch the trailer for the Toy Story spinoff down here:

Check out a brand-new trailer for Disney and Pixar’s “Lightyear,” an original feature film releasing June 17, 2022. The sci-fi action-adventure presents the definitive origin story of Buzz Lightyear—the hero who inspired the toy—introducing the legendary Space Ranger who would win generations of fans.

Though it’s just a short teaser, we do get a lot of easter eggs in the preview, with Buzz immediately going into a karate pose after he’s bothered by the robot cat. We also have teases of what looks to be Emperor Zurg, Buzz’s nemesis in Toy Story 2, and a space ranger outfit close to the toy design; I can’t wait to see the wings on it come out.

While I was initially anticipating a more grounded story about an astronaut, it looks like Lightyear will be going full sci-fi, complete with robots, aliens, and strange new worlds.

We don’t know how Lightyear fits into the Toy Story continuity, but I can’t wait to see what kind of story Pixar has in store. You think a Woody’s Roundup could be in the works?