Skip to content
Home » Play as a Ghost in New Trailer for Ghostbusters: Spirits Unleashed 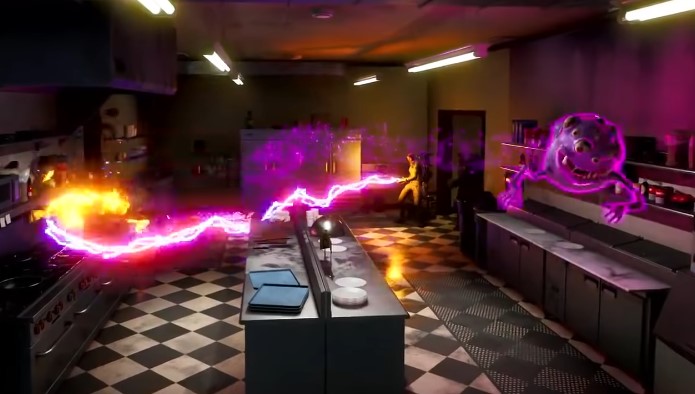 The Ghostbusters franchise is officially back with the release of Ghostbusters: Afterlife, and what IP would be complete without a video game tie-in? Just in, we got the announce trailer for Ghostbusters: Spirits Unleashed and it puts players in the shoes of the Ghostbusters and the ghost at the same time.

As a Ghostbuster, join with other Ghostbusters to chase and trap ghosts in museums, prisons, hotels, and more, and capture the ghosts before they can fully haunt the areas.

Or, as the Ghost, hide, sneak, surprise, scare, and of course, slime Ghostbusters and civilians until the everything has gone completely spooky. Use trickery, deception, and Ectoplasm to gain the upper hand and drive the Ghostbusters out.

We also have some pre-alpha gameplay footage of what it’s like to play as a ghost:

With the last Ghostbusters video game being poorly received, this looks to be a return to form with the shooter format of the gameplay; but instead of playing a written-out narrative like the 2009 Ghostbusters game, this will be more about gameplay, with players allowed to create their own characters. There’s even participation from original Ghostbusters Ernie Hudson and Dan Aykroyd.

I guess it’s also worth noting that the developers behind this game, Illfonic, are also the ones who made Friday the 13th: The Game was well as Predator: Hunting Grounds, so you can guess where they’re coming from. While I miss the story and humor of the 2009 Ghostbusters game, it’s going to be great to actually get into the role of the ghost and cause as much havoc as you can before you get busted.

Ghostbusters: Spirits Unleashed has no specific release date, but it’s expected to come to PlayStation 4|5, Xbox One, Xbox Series X|S, and PC sometime in the fourth quarter of 2022.