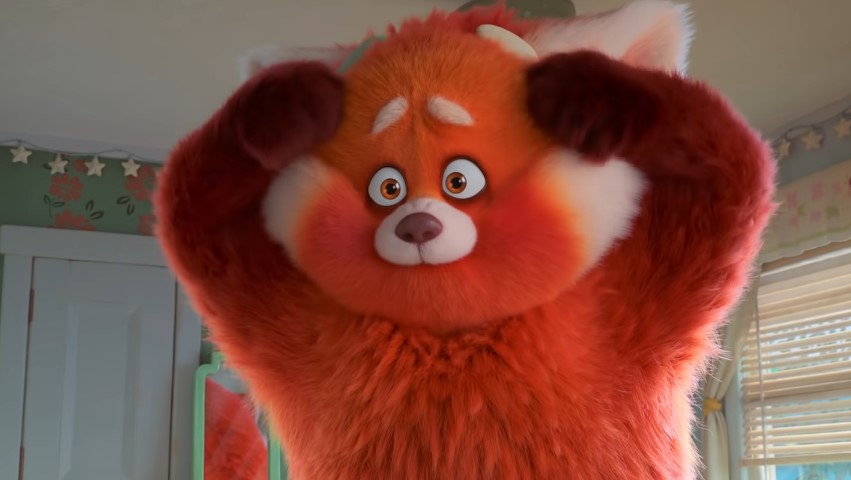 After the critical acclaim of Luca, Disney Pixar is now ready for the release of their next film, Turning Red.

Here’s a first teaser for the upcoming movie which stars Rosalie Chiang and Sandra Oh:

We don’t have the overall plot for the film yet, but Turning Red is said to be a story about Mei Lee, a  ’13-year-old girl who turns into a giant red panda whenever she gets too excited.’ Chiang will be playing the part of Mei Lee, and Oh voices Mei Lee’s overbearing mother.

The film is directed by Domee Shi, who had won the Oscar for her animated short film Bao. No doubt we’ll be seeing more of Asian-American culture in the film; plus it looks  like Shi is doubling down on the character of an overprotective mother.

While Pixar already had a signature look for characters in previous films, it feels like Turning Red is leaning closer to the aesthetics of Luca, what with the Miyazaki-esque bright colors and round-designed characters.

With Luca just brimming with LGBTQ themes, I’m curious on what kind of story Turning Red is trying to tell. On the get-go, I would guess that it would be about puberty, considering Mei Lee’s age and her ‘changing body’, but it could also be a coming-of-age tale, what with the hurdle that Mei Lee has to overcome which is her mother.

With the film set to come out in March next year, we would probably have to wait till December to get out next look at the film. Catch Turning Red when it hits theaters March 11, 2022.