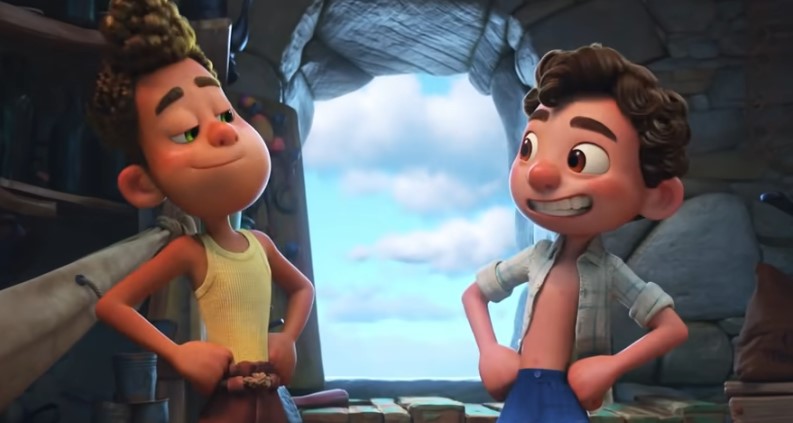 With Disney not putting a paywall or theatrically releasing Disney Pixar’s Luca, a lot of people (including Pixar staff) thought this was a bad sign and that Disney thought that the film was sub-par. With the release of Luca last weekend though, it looks like the movie is another critical hit for the studio, and it’s LGBT themes were most especially relevant nearing the end of Pride Month.

As of now, Luca has been receiving some praise online for its heartwarming story and very strong queer themes.

Check out some of the praise the film’s been receiving down here:

I’m cackling at the title for The New York Times review of #Luca pic.twitter.com/PnJVunl2GG

Though the film isn’t outright portraying the characters of Luca and Alberto as gay, the coding of the characters is very deliberate and specific; from Luca being warned of what people will do when they “see” him to Luca’s grandmother saying, “Some people, they’ll never accept him. But some will, and he seems to know how to find the good ones.”

I have to say, with movies like Inside Out and Soul trying to answer “big” questions and themes, the simplicity of Luca is actually quite refreshing. The world-building isn’t overly complicated and the themes are handled with a lot of care. The colors and dreamscapes are absolutely wonderful, and it’s just fun to watch Luca, Alberto, and Giulia have fun as kids.

It’s a shame Disney didn’t release this film in theaters, but hopefully this sends a message that Pixar is still a studio that shouldn’t be taken lightly. Heck, this movie deserves more praise than Raya and the Last Dragon.