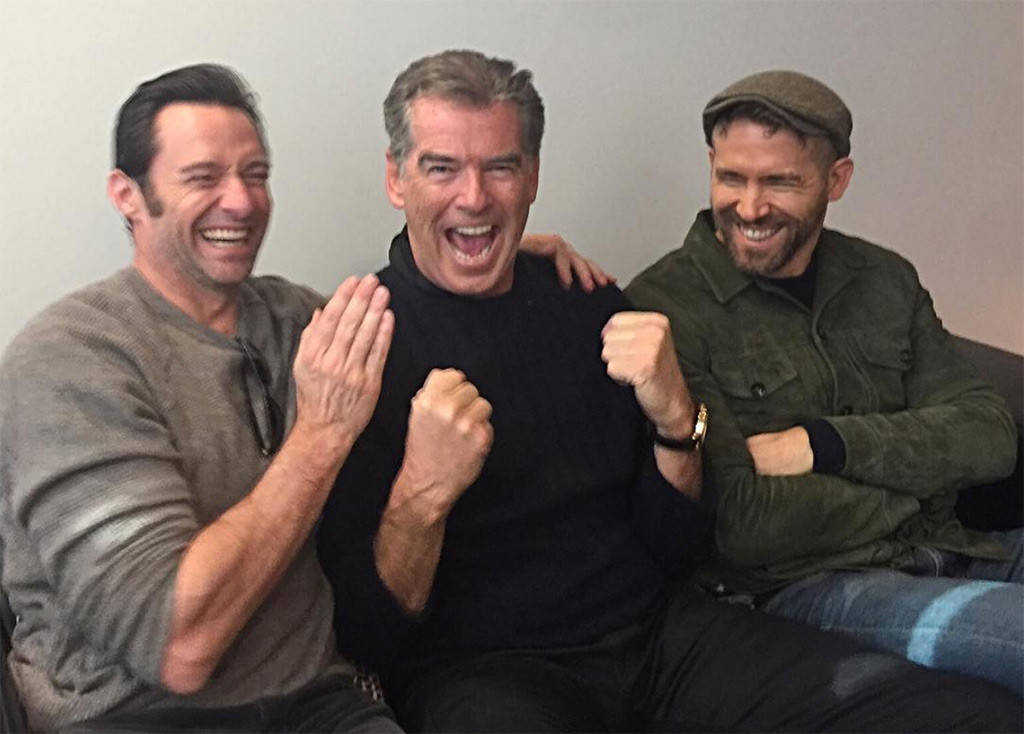 Over two months ago, a set of photos went viral across the web showcasing some silly antics from actors Hugh Jackman, Ryan Reynolds, and Pierce Brosnan. Of course, these photos could only have one explanation – that Wolverine would appear in the new Deadpool sequel, and that Pierce Brosnan would be playing Cable.  I mean, right?  That’s the ONLY reason to post that photo.

In what seemed like an interesting casting choice, former James Bond actor, Pierce Brosnan, will not be beefing up to play the character of Cable opposite’s Ryan Reynolds’ titular antihero. During a recent interview with Jimmy Kimmel, the actor served up a solid explanation for the photos.

Watch his reply in the video below, or read the transcript below:

Not true. Nothing’s come my way yet. It was completely made up. We were sitting waiting for a plane, the three of us, and the guys said, ‘Quick! Let’s get a photograph.’ Jumped in the middle and Mr. Reynolds said, ‘Let’s do three wise monkeys.’ Put it out there and it went viral.

With nothing having come his way yet, and with a casting announcement expected soon, either Brosnan is flat-out lying or is simply not playing Cable. I have my suspicions that James Bond, himself, isn’t lying. So consider him out of the question.

With many rumored names having flown around for over a year now, including Dolph Lundgren, Mel Gibson, Arnold Schwarzenegger (who else from The Expendables franchise is available?), we know that there have been negotiations with/for Kyle Chandler, and most recently Brad Pitt. Both of those names have fallen through. Fox is now possibly seeking out Michael Shannon (Man of Steel) for the role.

While some may have loved to see Brosnan return to theaters in a big way, it seems another actor will end up playing Cable.  If I were a betting man, I would expect an announcement soon.