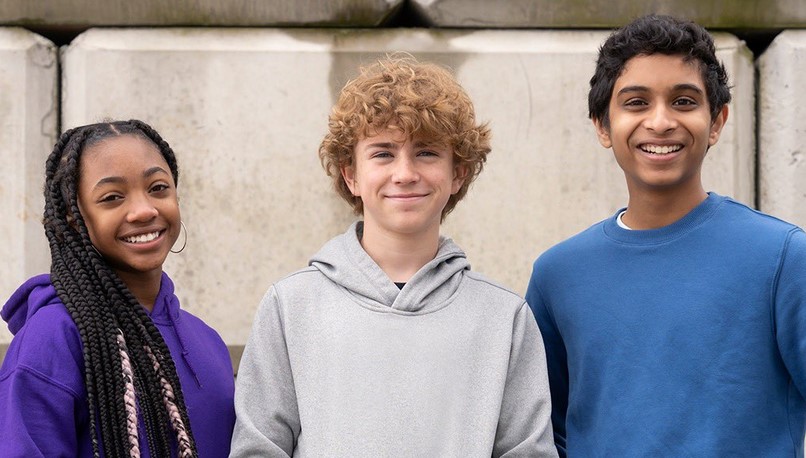 With the series expected to release early 2024, it will be a while before we get to see some official promo material for Disney+’s Percy Jackson and the Olympians. The series is currently undergoing production though, and it seems that some set photos have revealed the main trio of Percy (Walker Scobell), Annabeth (Leah Jeffries), and Grover (Aryan Simhadri).

Probably the most we can get out of the photos is that they are going to be using CG to show us Grover’s legs, that’s why Simhadri is wearing the mo-cap stockings. You can see the horns popping out of his head though.

We don’t really know what part of the story this is yet, but it is curious as to why Grover would be wearing shorts out in public, seeing as he’s supposed to be keeping his satyr identity a secret. He’s not even using those crutches that he has to help sell the disguise.

As for Annabeth and Percy, they just look like ordinary kids, so we shouldn’t expect some kind of elaborate costume from them yet. I guess Percy has his magical pen/sword, but when is he going to pull that out in public?

So far, things seem to be going smooth for Percy Jackson and the Olympians. After 20th Century Fox stumbled with the franchise, fans are hoping that Rick Riordan and Disney+ could deliver something more faithful to the source material.

Percy Jackson and the Olympians is yet to receive a release date.