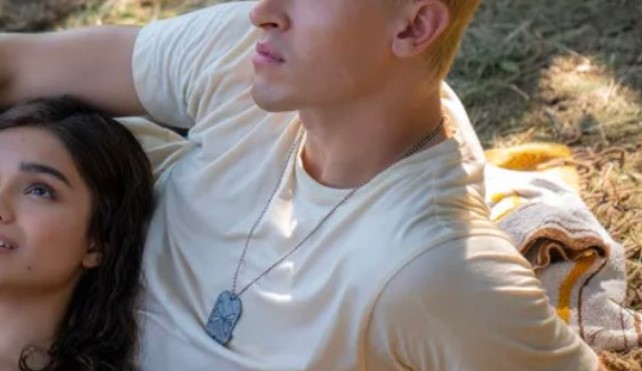 Rachel Zegler may have seduced Tony in West Side Story, but she’s going into the Hunger Games prequel with an even whiter love interest.

Just in, Zegler has shared a first image of herself and co-star Tom Blyth from The Hunger Games: The Ballad of Songbirds and Snakes. Check them out:

Even if this is just supposed to be a teaser image, a lot of fans have been poking fun at how it looks like it’s from a CW drama rather than a dystopian science fiction movie. The costumes just look so simple that it doesn’t feel like there was an effort to make the movie look a little futuristic.

In the books, it was said that Coriolanus actually got feelings for Lucy, which was going to complicate things since he was from the Capitol, and she had to participate in future gladiatorial combat. Though the they do look like a couple now, fans are already gearing up for the worst, especially since we know where Snow ends up in the Hunger Games films.

With this first image out, a new teaser for the movie can’t be far behind. Though Catching Fire is considered to be the only “good” Hunger Games film, I’m sure there are a lot of zoomers that would want to see a return to the world of Panem.

The Hunger Games: The Ballad of Songbirds and Snakes is set to hit theaters on Nov. 17, 2023.