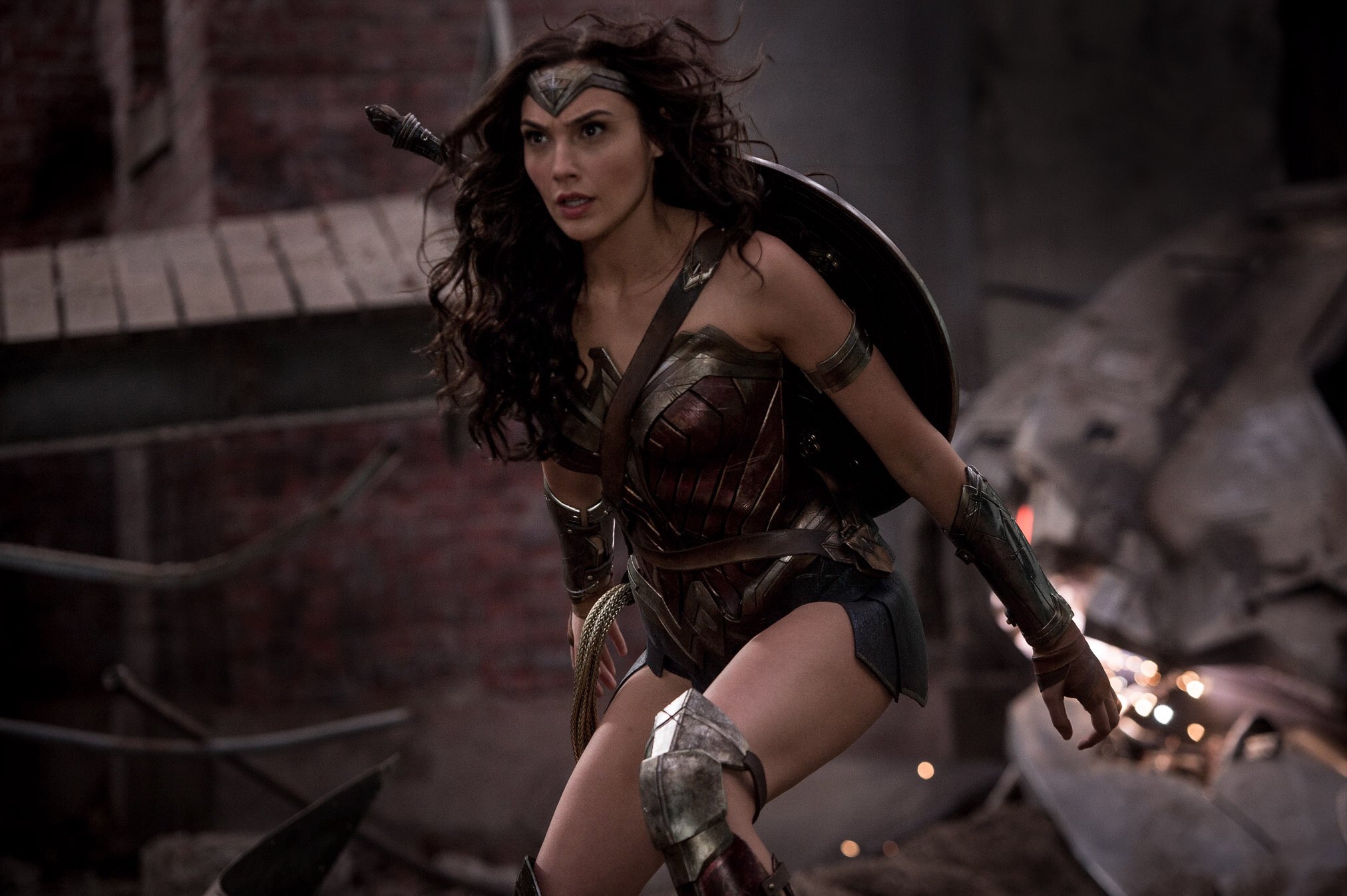 An alleged former Warner Bros. employee recently wrote a scathing letter of contempt, garnering public attention. This individual claimed the studio heads have trouble knowing when to let go of certain people in charge. As a result, the DCEU films have suffered, and employees lower in rank have been laid off because of it. It sounds like corporate horror. The biggest take away was their alleging Wonder Woman is internally being referred to as “another mess.” A bit of it reads, “Don’t try to hide behind the great trailer. People inside are already confirming it’s another mess.” Of course, this sent out shockwaves of concern. But director Patty Jenkins has taken to Twitter to debunk the rumor. 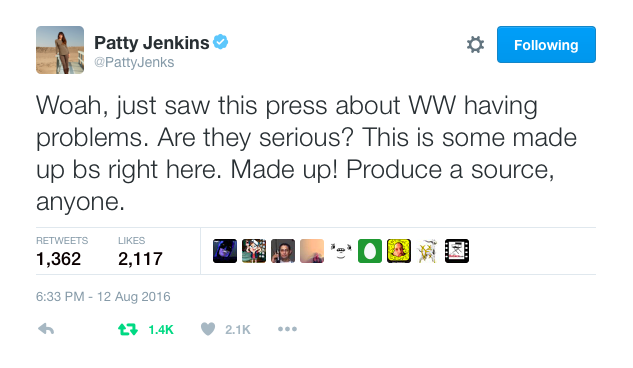 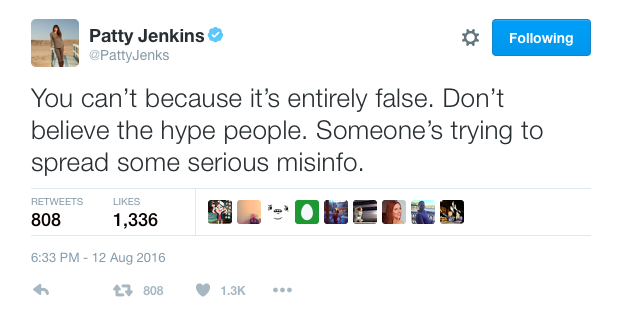 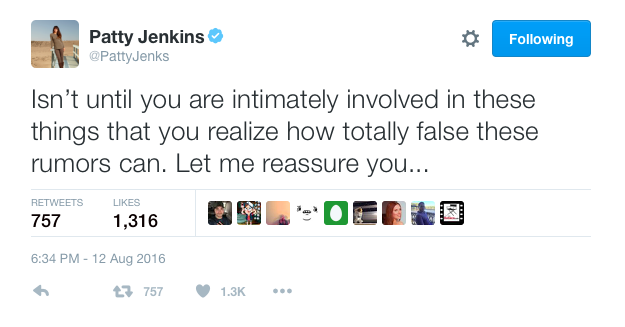 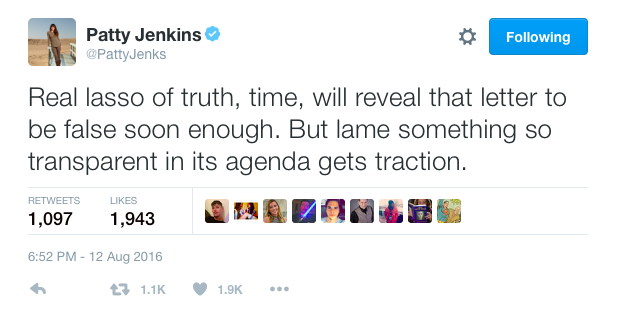 As she states, a credible source of any kind has yet to come forward. In all honesty, though, there is a point to be made about the trailer argument. Barring Batman v Superman, whose trailers many didn’t take well to, the other two DCEU films previewed well. Both Man of Steel and Suicide Squad had trailers that are arguably some of the best in recent memory. However, the movies themselves were poorly received. This may not be the case for Wonder Woman’s solo, but it is cause for concern. Are WB execs now scrounging for answers following Suicide Squad’s mixed reception, as they did after BvS? Please, let the answer be no.

At San Diego Comic-Con, Patty Jenkins made a joke about sitting in a room alone, editing Wonder Woman while lost in her work. While there’s obviously more to it than that, we can only hope she is truly hands on. Reason tells us Jenkins was hired for her vision. After the fantastic first trailer and hearing her speak about the film, it’s her version fans believe in. It’s her vision fans expect to see on screen.