Skip to content
Home » Luke and Lando Team Up in Star Wars: Shadow of the Sith 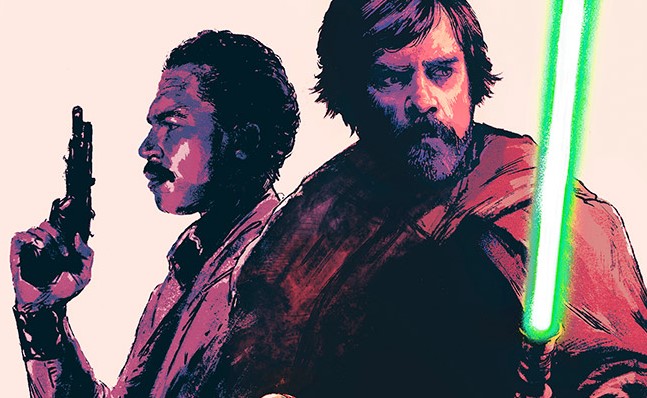 Luke Skywalker’s story may have ended with the Sequel Trilogy, but the Jedi master is set to have an adventure of his own in the upcoming novel Star Wars: Shadow of the Sith by author Adam Christopher.

Here’s the synopsis as well:

Jedi Master Luke Skywalker is haunted by visions of the dark side, foretelling an ominous secret growing somewhere in the depths of space, on a dead world called Exegol. The disturbance in the Force is undeniable and Luke’s worst fears are confirmed when his old friend Lando Calrissian comes to him with reports of a new Sith menace.

The story essentially stems from plot points in Star Wars: The Rise of Skywalker, with Luke looking for the planet Exegol. TROS is also where Lando Calrissian reveals that he was with Luke on his mission to find Ochi of Bestoon—no doubt we’ll be returning to the world of Pasaana.

With a lot of people thinking that TROS pulled too much out of nowhere, this is exactly where the expanded universe comes in to fill in the blanks. Personally, I would love to see a story that focuses on the Sequel Trilogy characters, but I’m holding out for the hope that Lucasfilm has bigger plans for the future, that’s why they just keep coming to the eras of the Clone Wars and the Galactic Civil War.

Star Wars: Shadow of the Sith by Adam Christopher becomes available on June 28.