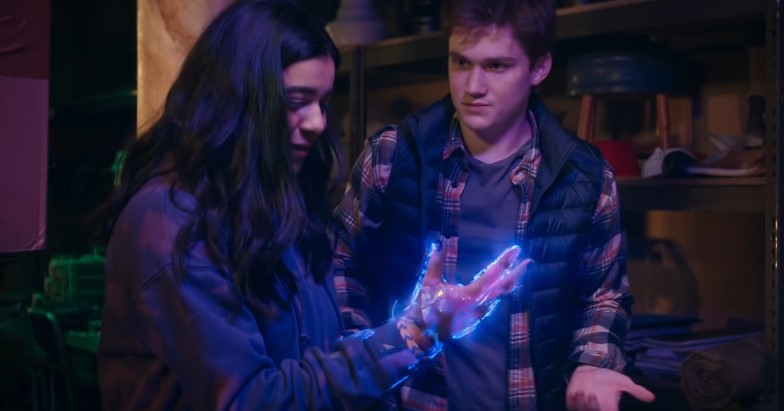 Fans may be getting excited for the release of Moon Knight later this month, but Disney+ has decided that it’s high time to promote another upcoming series—Ms. Marvel.

Watch Iman Vellani’s Kamala Khan get her powers and aspire to be a superhero:

The series pretty much sticks with the character of Kamala who is actually a big fan of superheroes and the like. One big change will be when it comes to Kamala’s powers.

In the comics, Kamala was actually an inhuman who had the ability to shapeshift. In the series, it looks like Kamala is granted powers by her bracelet—which seem to have been given some kind of cosmic origin. If anything, this is likely a reference to the tease that we got in Shang-Chi, where it was revealed that the origin of the Ten Rings was not what they expected.

Instead of shapeshifting powers, Kamala will have the ability to conjure some kind of purple energy that will have its own mass—kind of like how Green Lantern can project anything with his ring. While I thought that Kamala’s comic powers actually add to her personality, some speculate that it was changed because the powers look too close to Reed Richards of the Fantastic Four; who we know is going to make their MCU debut sooner rather than later.

Ms. Marvel debuts on Disney+ on June 8. Kamala will have her big screen appearance when The Marvels hits theaters on Feb. 17, 2023.