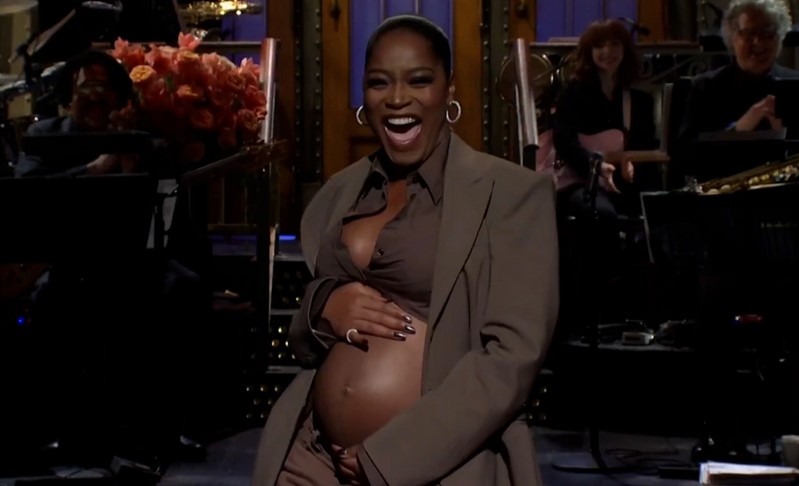 Rumors have apparently been flying around that Nope star Keke Palmer was pregnant, but as it turns out, they were all true.

Palmer makes the official announcement during her guest stint at Saturday Night Live. Watch this:

Keke Palmer announced she is pregnant during last nights episode of #SNL pic.twitter.com/zkgGu0B0vq

“I got say, it is bad when people on the internet spread rumors about you; but it is worse when they’re correct. I was trying so hard to keep it on the down low because I had a lot of stuff going on. People kept coming up to me saying, ‘Congratulations!’ and I’m like, ‘Can ya’ll stop? I got a liquor sponsorship on the line. Let the check clear, then we can get to the damn baby shower.’”

Though Palmer has always been busy, starring in films like Lightyear and Nope this year, she had found herself in the middle of the comic book movie discussion with a fancast of her as X-Men’s Rogue went viral. Palmer even fuelled the rumors herself when she dressed up as Rogue for Halloween:

You had a request…. pic.twitter.com/qKGrlJd1ii

We don’t know what’s next for Palmer, but I’m hoping she manages to get back into superhero shape when they start casting the X-Men movie for Marvel Studios. She really can pull of that Southern accent, and deliver a fresh new take on Rogue that’s specifically different from the pseudo-goth that Anna Paquin delivered in Bryan Singer’s first X-Men movie.